1. We open with Britt crying, (yes) and actual water comes out of her eyes. Then Brady, Mr. “I have melodies inside of me,” knocks on the door professing his love in what has got to be a female crew neck top — like Florida-Georgia Line’s stylist is calling to ask where to get it.

2. Group Date Numero Uno kicks off with boxing lessons from Laila Ali, whom Kupah is way more interested in than Kaitlyn.

3. Everyone acts shocked, because apparently they’ve never seen this show, that they are going to box each other for Kaitlyn’s affection. Real original. Tanner, our FL-GA Line superfan says he’s never been in a fight before. Totally didn’t see that one coming. Those rhinestone jeans won’t save you now, but the wallet chain may come in handy.

4. Our resident Chili’s manager Jared comes out swinging, until he gets himself rocked and knocked out. He then asks for Kaitlyn, because he is the male version of Kelsey this season and is therefore insane.

5. Everyone hates JJ. Personally, I like him. This show is a game whether you want to believe it or not, and JJ gets that.

6. Josh tells Kaitlyn he has a son named Aurelius, which just blew the other kids’ names, Skye and Kale, out of the water. If you people get one thing out of these recaps let it be that YOU SHOULD NOT MAKE UP NAMES FOR YOUR CHILDREN.

7. Clint gets the one-on-one date where they take underwater pictures. Apparently this is a new engagement picture trend, and I’m praying I don’t get a save the date with this on it anytime soon. Personally, I’ll be including the Tupac hologram with mine. Clint gets a rose because he’s really good at repeating everything Kaitlyn says.

8. Amy Schumer comes to save the day, and we just didn’t get enough of her crushing these guys’ spirits. During the “comedy” show, Tony the healer goes off on some rant about healing or I don’t even know. He’s the guy who can’t take a sip of his craft beer before alerting every form of social media.

9. Back at the house Kupah and Kaitlyn have a chat. It does not go well. Kupah starts pulling the race card to the cameras. Get out of here brah. It’s not a race thing; it’s a “she’s just not into you thing.” He tells his new pals what they talked about, Kaitlyn walks in and the two have another chat where she tells him to go home. He took it well….how well? He spits out this gem… “I don’t want to go home, you’re hot, you like movie quotes, right?” We’re left with him yelling at the camera man.

10. In the previews for next week Britt and Brady attempt to define their relationship. I TOLD Y’ALL Britt is the crazy girl who calls some guy her boyfriend after three dates, but in this case it’s DAYS. THREE DAYS.

11. I think what we got out of this week’s show, or lack thereof, is that these boys need to step back and realize that they are fighting over a flower. A FLOWER.

I know y’all are on the edge of your seats wondering who this season’s Outkick Bachelor is going to be. No, Lori and I will not be up for Outkick Bachelorettes, please stop emailing me about this. I’m begging you. This season we’re mixing it up like ABC and going with TWO Outkick Bachelors.

Here they are, the hottest Dad Bod currently playing on a diamond in the SEC and a guy crushing the Twitter game out on the links. Ladies get in line. 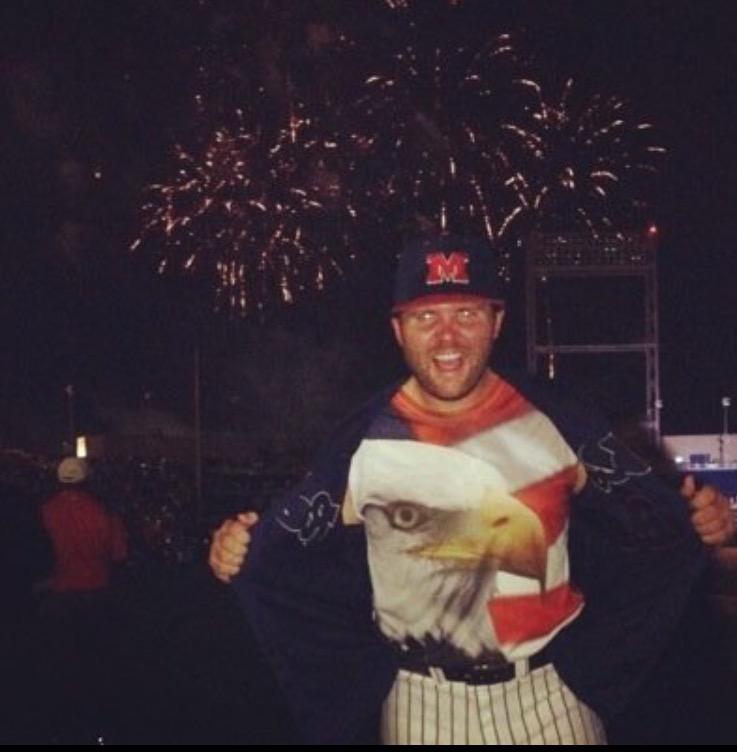 If you don’t know who this is, you probably don’t like sports, or America. Ladies, I know you’re thinking “pour some sugar on me,” which is weird because that’s his walk out song. The kid is just crushing it for Ole Miss right now. Here are some fun facts about Sikes:

He’s a mustache fanatic and his got a TON of attention during Mustache March.

He’s a big supporter of the Dad Bod, and has been referred to as the #DadBodGoddess.

He’s a snuggler….seriously. Girls, does it get any better?

Lives and dies by the movie Bull Durham. 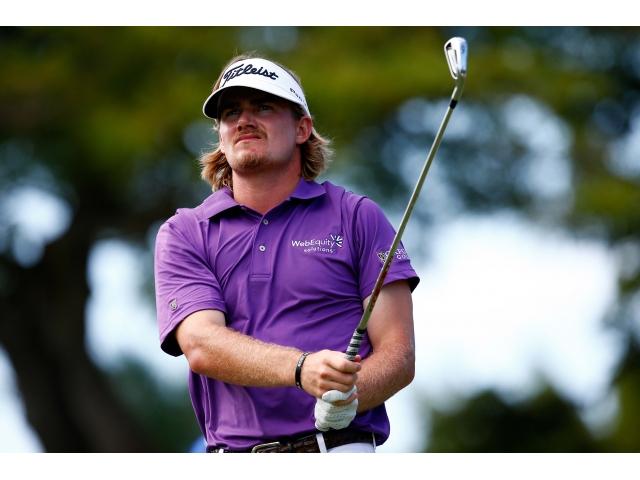 Can shoot the whiskers off a bald raccoon at 200 paces.

Has an 8-month-old chocolate lab.

Drives a 1989 camouflage Ford Bronco he got off Craigslist for $2500. When combined with a wife beater and an old glory bandana, it screams America.

In college he would take shots of Tabasco for $5. Yeah, the aftermath was not tight.

Working out is alright. But he’d rather continue to have cocoa puffs for breakfast and enjoy his life.

These two have take home to mom written all over them. Send applications to cippywallace@gmail.com. And get ready for next week’s recap because this show is allegedly going to pick up steam and give me something to really write about. Follow along on Twitter @MattieLouOKTC