Have I told you lately that I despise this show? I was dreading this episode because I wouldn’t have a drugged out Barner to make fun of (love ya long time Ashley S.), but instead all of the crazy started to come out in these broads. I thought I had seen manipulation before, but I was wrong. Very, very, wrong.

If I had a dollar for every time Todd and I were asked how long we had been dating, I would’ve made a profit from the Super Bowl trip, but sadly I don’t. On top of spending the past 6 days with Todd, our colleagues, and his family, he made the incredibly wise decision to take me out with his college teammates and fraternity brothers Saturday night. I’ve got Fuhrman Facts for days now, so keep sending in your summaries for why you or your lady friends should be Todd’s “Bae” to mattielouchandler@gmail.com, and we’ll be in touch. 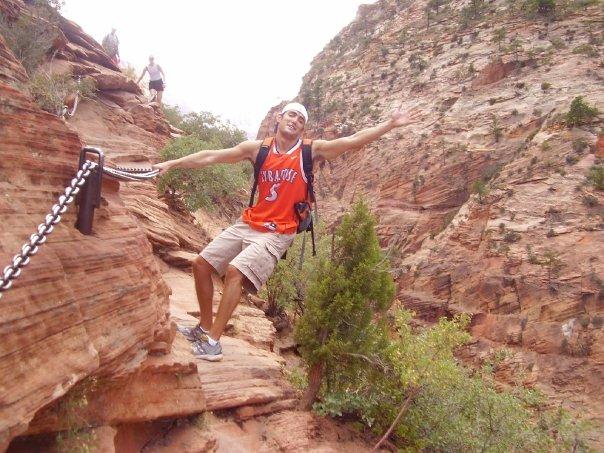 On to the recap…

This recap is going to have a different format this week because while everyone tells you how to prepare for the Super Bowl, nobody tells you how to recover. If your drinking word for this episode was “virgin,” I hope you have health insurance to cover getting your stomach pumped.

1. Make-Up Megan has just solidified for me that the education system in the state of Tennessee is a massive failure. The girls are told they’ll be leaving the Bachelor Barn and heading to New Mexico. She thinks that New Mexico is “like a beach resort place in another country.” New Mexico is landlocked. She then wonders if they wear those big hats (sombreros) in New Mexico like in Mexico. At the end of the episode we get to hear Megan try to figure out why it’s called “New Mexico” and not “Old Mexico.” I know the Alabama school system is garbage, but Tennessee is leading the way. Someone get me some statistics on this.

2. “Let’s Cum Together.” Just kidding it wasn’t spelled like this that I know of. Given the date, it should’ve been. Cruise Ship Carly gets this date. They visit a love guru, or as Chris calls it a “sex guru.” I can’t even begin to explain what these two participate in. I just know nobody in America enjoyed watching it. What do we get out of this date? We find out that Carly’s ex-boyfriend of 2 plus years never touched her. Here’s the deal ladies, if a guy who is your boyfriend doesn’t touch you for two years, he is NOT your boyfriend. He is a friend who is a boy and also probably gay. Carly, welcome to the friend zone. She gets a rose.

3. “I’m rapidly falling in love.” Jade, Megan, Kaitlyn, Whitney, Mackenzie, Becca, Samantha, Ashley I., and Kelsey are going white water rafting on the Rio Grande. Megan wants to know what’s in the water — see #1. Jade, our hypochondriac, claims some bullshit disease that she gets hypothermia in normal temperatures, which leads to Chris giving her feet and hands a massage awkwardly in front of everyone. All I got out of this date is nobody got thrown over, and that is beyond disappointing.

4. Everyone’s favorite college student, Jordan, sobers up long enough to drive from Colorado to Santa Fe to convince Chris she deserves another shot. Your first sign that this isn’t going to go well is that you have to remind Chris who you are. Chris lets her stay for the beginning of the date, but he ends up telling her that it just won’t work. Yes, all of the girls are super pissed he let her stay that long.

5. Whitney gets the group date rose because she should. She also gets in an argument with Ashley I. who claims that she’s going to be mean to Jordan because it’s not fair. Whitney does not understand why she would be mean to someone. Whitney is from #BBN and she is great, SEC-SEC-SEC.

6. Ashley I., aka Princess Jasmine, aka Kard-Ashley, is pissed and feels like she has to spend her time with Chris explaining why Jordan isn’t marriage material. She also has an absolute meltdown that she doesn’t get the group date rose. I’m 100% positive my infant Christening gown was made of more white cloth than her dress. Her shining moment this episode comes when she is legitimately upset that Kelsey’s “widow” card trumps her “virgin” card. I’m hysterically laughing at this point.

7. “Sky’s the Limit.” Britt gets the one-on-one date. She immediately starts bawling about how her body shuts down because of heights. I don’t like heights either, but I’ve also seen this show and she told the producers she was scared of heights so she got herself into this situation. Britt hasn’t showered since they’ve been here. I’m now starting a kickstarter campaign to buy her a Clarisonic, face wash, body wash, and the American Girl doll book on hygiene that girls in my generation were tortured with. Chris wakes her up at 4:30am, but Britt puts on her make up before she goes to bed so he remarks on how amazing she looks. MEN. The date is a ride in a hot air balloon, where Britt does not say ONE SINGLE WORD about being afraid of heights. After that, they take a “nap.” Right, and Ashley I.’s really a virgin. I hate this girl. She gets a rose, because every “nap” on this show ends with a rose.

8. I’ve saved Kelsey for last because this is a new level of psychotic never before seen on this show. I knew something about her was off. Maybe it’s that her hair looks like she curls it with sponge rollers. We’ve known since the show started that her husband passed away, but my issue is the timing of sharing this information with Chris. She knew she was probably getting cut this week, so it was time to spill. She starts the episode pissed that she didn’t get the one-on-one. Then she complains on the group date that, “I don’t get any attention because I’M FINE and I don’t have a disease that requires attention.” Yes, she says this, but get ready because it gets better.

Let’s break down where things get insane, why I’m now willing to support a crazy PTA mom’s petition to have her removed from working with children, why she is “Gone Girl” in real life, and why Jennifer Love Hewitt will be playing her in a Lifetime movie about how she probably poisoned her husband:

– She starts talking to the camera about how her husband died, totally nonchalantly. How nonchalantly? She has to try really hard to remember what he died of.

– Kelsey sneaks off to Chris’s room to tell him about her husband passing away, to get him prepped for the rose ceremony, because her Talbot’s wearing ass was 100% going home this episode. She literally says, “I know what I need to do and this is going to be a game changer for our relationship.” Sure, IF YOU ARE INSANE. LET’S TRY AND BE MORE SUBTLE.

– She tells Chris not to worry, that she’s not going anywhere, and I believe that to be a completely accurate statement. Restraining order pending.

– Chris, being sweet Chris, has so much empathy for her. Kelsey has this manipulative grin on her face. Sanderson Poe, her husband, whose obituary is linked here is trending on Twitter in the US at this point.

– After her time with Chris, Kelsey says, “I LOVE my story, I mean isn’t it just so great? It’s tragic, but it’s so amazing. I LOVE my story.” This is followed by a shot of Chris and Kelsey making out. Disturbing. 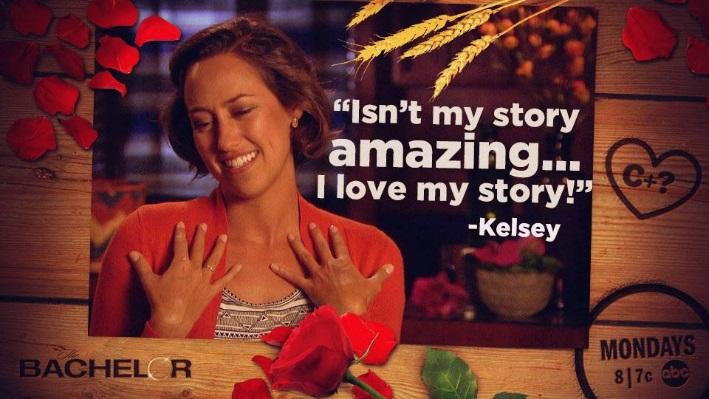 – Let me tell you what I believe happened to Sanderson Poe. In so doing I am going to make my own absurdly ridiculous and probably untrue Clay Travis-esque prediction: I believe Kelsey poisoned him and he dropped dead on a “beautiful day in Austin.” WRITE IT IN STONE, within the next 5 years something about her is going to come out and she’ll be arrested. Her husband was 42 when he died in 2013. She is currently 28, so depending on birthdays she could have been as young as 26 when he died. She also said they met when she was 19 and they knew within 3 months they wanted to get married. Sorry, I’ve lost count of all of the red flags. If anyone knows anything about her, EMAIL ME. We’ll have Serial, the OKTC edition.

9. The Prom Dress Parade: the girls are ready for a rose ceremony and Chris comes in and says that after his talk with Kelsey, he’s been thinking about time. Then he says he needs a few minutes. C-Harrison announces there won’t be a rose ceremony because Chris knows who he wants to send home. The last thing we see is Kelsey laying on the ground in the hallway after she gets up and leaves the room. She’s screaming crying, the paramedics arrive, and all the girls are just kind of sitting around staring at her. The episode ends with “to be continued…”

10. I’ll be updating with any info I get on crazy Kelsey on Twitter @MattieLouOKTC. Stay tuned kids. Things are about to get real weird.