Has some event ever occurred in your life that you know you were made for it? That’s how I felt about the 2-on-1 date. I was made to live tweet this date. The setting was in the “badlands,” or for you morons, where Mufasa in the Lion King lived. How giddy was I about this episode? I gave up courtside Mavericks tickets to watch. That’s dedication. I hardly paid attention to anything that happened before the best date in Bachelor history. I digress…..

1. Last week wasn’t a fluke. Kelsey is still in fact certifiably insane. We start the episode with her on the ground having a panic attack and conveniently asking for Chris….she also slides in a “I should get a rose for this….”

2. Soules-to-Soules date is with Becca. The highlight of this date is when Becca says….”I don’t know, I’m a virgin, so a kiss is kind of awkward.” These two things are not correlated, but whatever. She gets a rose. Not before Kelsey thinks what she’s been through “warrants” her a one-on-one date with Chris. No, no it doesn’t. 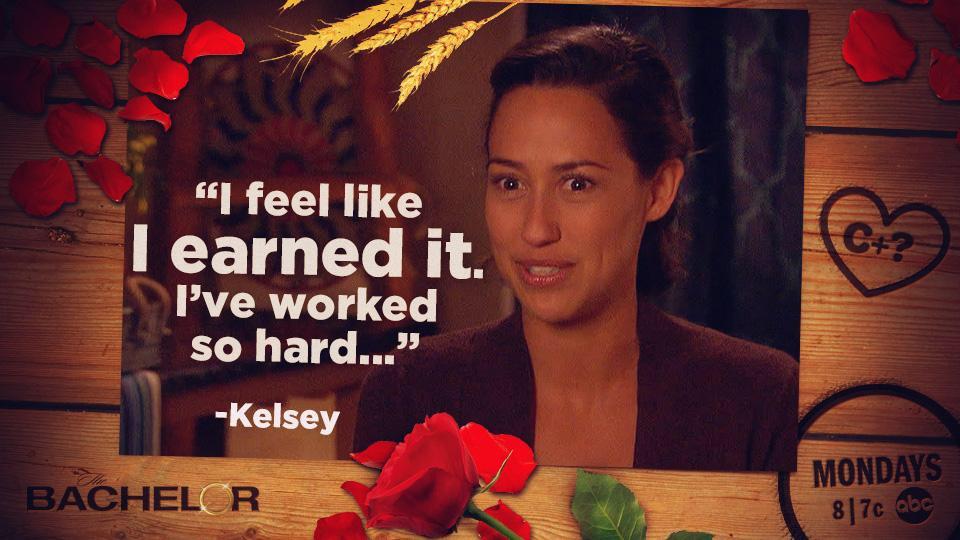 3. Back at the house, the girls confront Kelsey about her psychotic behavior. You guys, she is a guidance counselor, feelings are her playbook, and you are not going to win. She’s telling us that she’s #blessed, eloquent and articulate. No, you’re on the Bachelor, so you are none of those things. 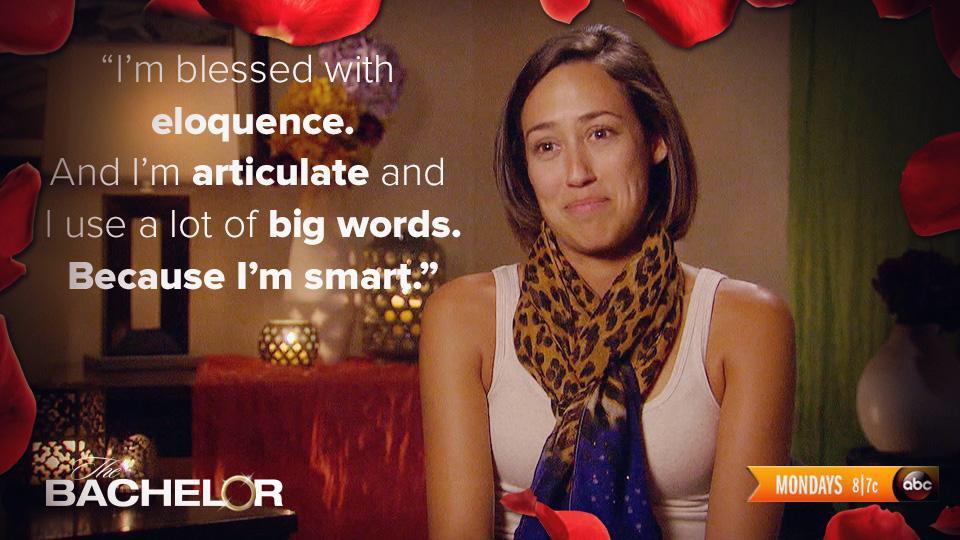 4. Group Date with Jade, Whitney, Kaitlyn, Smelly Britt, Carly, and Megan. Big and Rich make an appearance to help write songs. Make up Megan knows all about country music, but it’s not clear if she realizes she’s back in the United States this week in Deadwood, South Dakota. Britt and Chris act like they’re together. Does he not smell “I’ve only showered twice” Britt? What perfume is she using? Better question, what dry shampoo is she using? They’re all SO excited about Big and Rich being there, and I choose to believe this is because they watch a lot of College Game Day and know the intro music. Carly is thrilled because this is her “profession.” Kaitlyn steals the show and raps, thus solidifying our best friend status. Britt thinks she can sing but of course she can’t. Whitney, Jade, and Megan are no Bueno.

5. Scandal! Britt and Chris walk off from the date to go see Big and Rich. The girls are angry about this because Britt “like doesn’t even care about country music, and like, we do.” These 2 love birds walk back into the room holding hands, DUMB, and Britt has a rose.

6. Oh baby!! The 2-on-1 dates were brought back this season, and we got the ultimate one. Ashley I. “can’t wait to kick Kelsey’s ass in these mental mind games.” This date is taking place in “The Badlands.” They take off in a helicopter and fly over Mount Rushmore, where Kelsey names all four of the most recognizable presidents in US History, because she’s so smart.

7. Chris will be spelled with a “K” for this date, because that’s what Kris Jenner would want. You can cut the tension on this date with a knife. Kard-Ashley gets some one-on-one time first, where she proceeds to tell Khris “for the team” how crazy Kelsey is. While all of this is true, selling out a nother girl never works, yet contestants continue to do this season after season. Then Ashley I. walks back to the awkward desert bed, and it’s KrAzY kElSeY’s turn.

8. Khris proceeds to call Kelsey out on what Ashley I. told him. On Kelsey’s walk back to Kard-Ashley she hits us with these truth bombs. My favorite, “I’m a WOMAN, I’m TWENTY EIGHT.” Mike Gundy is rolling his eyes somewhere. Next we have, “She’s a Kardashian who didn’t get to go on her Princess Jasmine date. She wears too much make up to be genuine.”

Back at the desert bed, Kelsey stares at the side of Kard-Ashley’s head until she turns to look at her. When the two finally make eye contact, Kelsey whispers, “I know what you did.” Somebody should make sure that wherever Ashely I. is now, she’s safe. 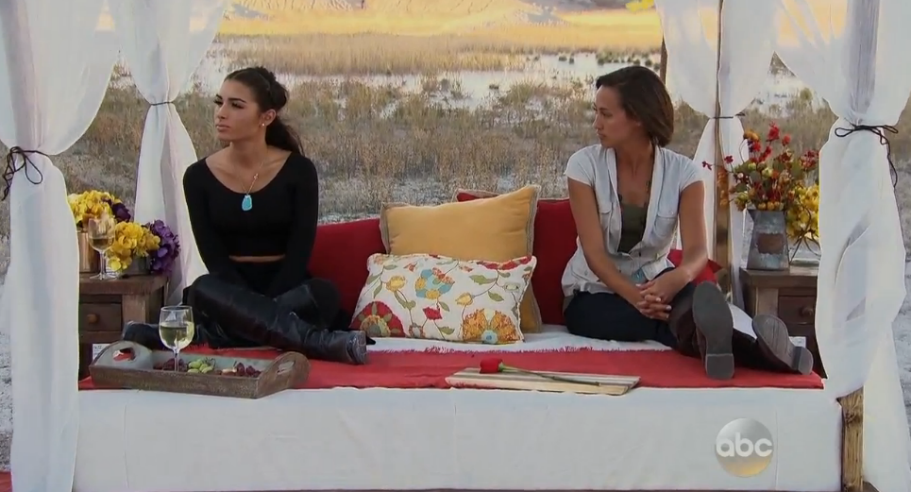 9. Kard-Ashley runs to Khris sobbing that he told Kelsey everything she said. DO YOU PEOPLE EVER WATCH THIS SHOW? She gets up mid conversation, and walks off expecting Khris follow her, but he has a brain, so he doesn’t. So OF COURSE, she walks back, hyperventilating at this point, and he explains something about immaturity and sends her home. Ashley’s mascara should be the 8th wonder of the world. Seriously, it never runs through all of this. 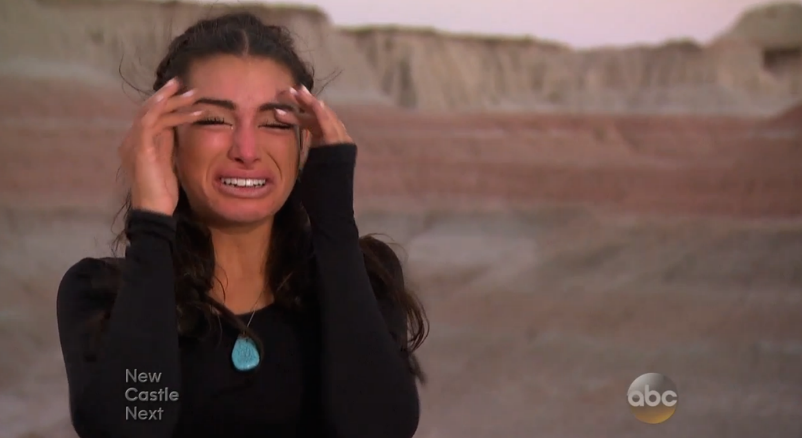 10. Khris finds Kelsey to tell her he sent Ashley home, Kelsey gives him an awkward hug, and then he sends her home too. The highlight of all of this is that Chris gets in the helicopter and flies off, leaving these two rejects in the desert by themselves. The only thing that could’ve made that better was Brian Williams trying to shoot it down with a nerf gun. Back at the hotel, the girls start popping bottles like its Bid Day when Kelsey’s luggage is taken away. It was magical. I’m just sad we’ll never know Chris’s last two wishes from Ashley’s belly button ring.

Next week, I’ll be live tweeting @MattieLouOKTC on Sunday AND Monday….yes, ABC hates us so we’ll have FOUR hours of this next week. Britt has a meltdown and Jade confesses to being in Playboy. BE STILL MY HEART.

Todd doesn’t have Valentine’s Day plans, so I’m offering him up to you ladies for this magical holiday. Todd is the duck. Clay is the crab. New rule, while I love the compliment emails, I’m giving you my personal email for Todd submissions only — mattielouchandler@gmail.com. Don’t abuse the privilege. 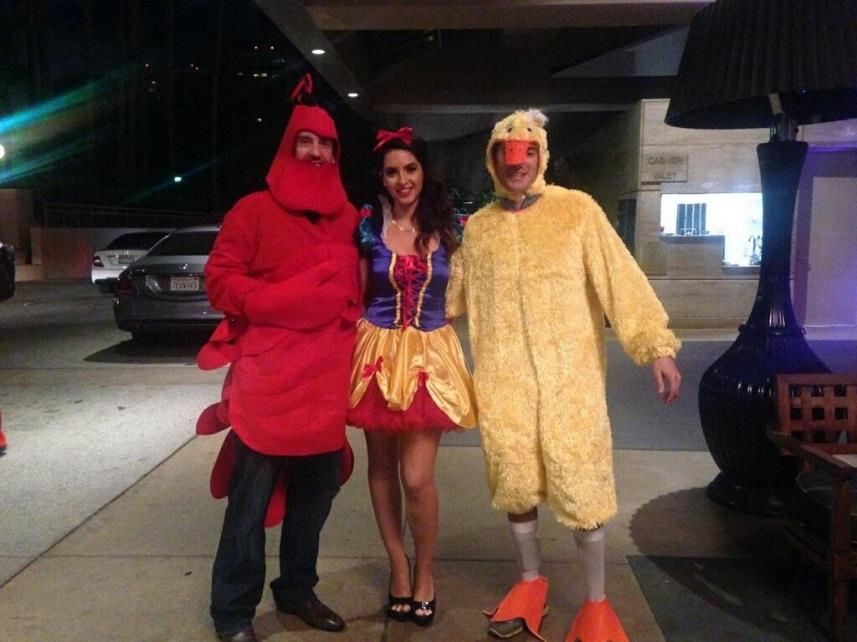 Todd refuses to go to the doctor, for anything. Think typical man who bitches and whines, but won’t do anything about it. He tried to blame his current ear infection on me since I had one earlier in the week, we’re 1500 miles apart. MEN.

Todd has a Blackberry. I’m sorry this one bears repeating

Todd is over weddings, so don’t expect him to go with you.

Todd won’t move in with you, probably. He likes his space.

You should all totally date him, I promise.

Send your applications in for Todd and maybe he’ll show up at your door step to go watch 50 Shades of Grey with you.