It seems like just yesterday I was dragging my “HOLY COW we lost to Ohio State” New Orleans-tortured body out of bed to watch the first episode of this journey for you people, then a week later coming home after the national championship, then the Super Bowl, and then missing SNL 40 on a Sunday. If we’ve learned anything this season, it’s that someone in ABC’s programming department doesn’t know how to Google programming dates.

Last night’s finale tied up all the loose ends just in time since WINTER (read: Harvest) IS COMING….

1. Why do we have to go to a live studio audience with Chris Harrison summing up that we just saw after every commercial in THE MOST DRAMATIC SEASON IN BACHELOR HISTORY? Why can’t Clay host this show? Gold. You’re welcome ABC, I just solved your tumbling ratings problem.

2. Chris doesn’t know what he’s going to do. Here’s the deal, Chris loves the chase of Becca, because all men love the chase, because men are dumb. Whitney is the safe bet, and she wins over his family — like just won BOTH showcase showdowns with TWO cars wins them over. She tells his parents, “I can see myself calling you mom and dad because I don’t have parents” card and #BBN just hung the 9th banner in Rupp.

3. Whitney brings the flowers that were her mom’s favorite, because bonus points. She tells us she’s a fertility nurse no less than 9 times, but she might just drop the “love” bomb more. I would have looked his sisters in the eye and said, “How pissed were you when you saw Jade’s back tat after picking her for the Cinderella date and not me?”

4. When Chris starts talking about Becca he mentions that she is athletic, because that is KEY to living on a farm. Those fields don’t plow themselves. Chris’s family, who I think is wonderful, is clearly not into Becca being “unsure.” Let’s take a minute to remember that Becca is unsure about moving to a town with only a “liquor, frozen yogurt, and pizza to-go” store for a guy she met EIGHT weeks ago. Why they would question this is beyond me.

5. We interrupt this recap to let Tim Brando inform us that Shreveport, Louisiana is God’s Country and that Becca’s dad grew up just FOUR houses down from him, so she should totally win. ALL of the eye rolls. Upon walking through the snow covered cornfields Becca says, “It feels great out here,” and now it’s official, Shreveport breeds liars.

6. Becca is the girl you date who never knows what she wants for dinner. Y’all claim to hate this, but really you love the suspense of not knowing what you’ll be eating that night. Chris’s mom thinks she is just experiencing love. But no, she’s realizing she’s known you people for two months, lives in San Diego, and somehow the Bachelor producers managed to find a town worse than Shreveport in America, and y’all are trying to get her to move there. GOOD LUCK.

7. How pissed is Neil Lane that he has to come to Iowa to give Chris a ring? How much do you want to bet he said, “Just give him whatever he wants at the Kay Jewelers in Des Moines.” I would have.

8. Pinterest makes me unspeakably uncomfortable. People who have enough time in their day to one up room moms of the internet just creep me out. And apparently, ABC held a convention for them to decorate this barn with no heat for Chris to propose in. All I can think about is the board game Mouse Trap….gotcha Becca! 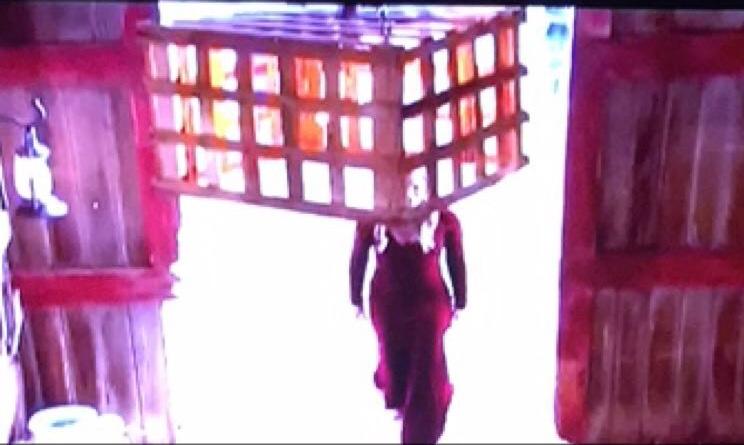 9. Becca doesn’t cry in her burgundy velvet dress when Chris sends her packing, and I respect that. Whitney on the other hand, lets us know this is THE GREATEST DAY OF HER LIFE and that SHE’S PUT HER HEART IN CHRIS’S HANDS….and his sperm in a Petri dish, probably. It’s the least dramatic proposal ever. In all seriousness, I’m genuinely happy for my friend Chris and wish him and Whitney, who apparently follows Clay on Twitter, nothing but the best this post-season (the show and March Madness). 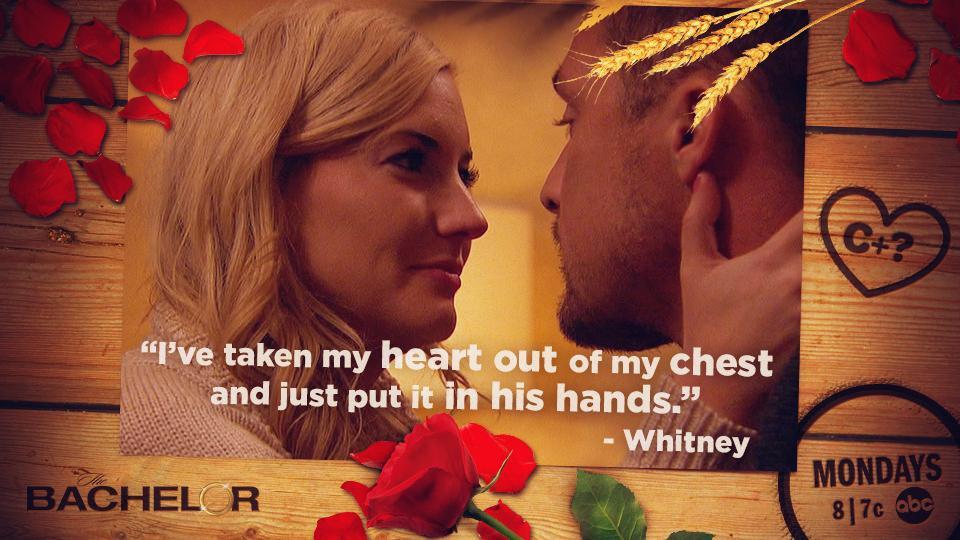 10. I tweeted out that I will apply to be a contestant on The Bachelor, completely forgetting this films during college football season, but it does get me out of 3 fall weddings. If I’m chosen, I will bring Clay and let him introduce me to “my future husband” when I get out of the limo. What in the hell have I just gotten myself into? Sorry Mother, it’s for work. ABC announces The Bachelorette will feature both Britt and Kaitlyn, and I believe it’s only fair that Britt not shower for night one so the boys can “see the real her.”

Dak Prescott got beat up in Panama City Beach and Becca lost the Bachelor, just a bad day all around for Shreveport. Something tells me they’ll recover though. Thanks for following along this season. I’ll keep you updated on my bachelor application on Twitter @MattieLouOKTC, and I guess ABC has roped me in for another season of recaps on the Bachelorette.