Adam Schefter broke the news via Twitter that the Arizona Cardinals have agreed to an extension with star wideout DeAndre Hopkins. The deal is worth a total of $94 million over five-years, with $42.75 million guaranteed at signing.

Cardinals and WR DeAndre Hopkins are now wrapping up a contract extension, as @RapSheet said.

It’s a two-year extension that includes $42.5 million fully guaranteed, and ties Hopkins to Arizona for five years at $94 million – an $18.8 million per-year average.

After what most evaluators called a “grand slam” draft for Arizona, locking up Hopkins (for what cost them a second-round-pick) takes the cake. Can’t forget Bill O’Brien and the Houston Texans didn’t want to pay D-Hop. That’s how he made his way to the desert in the first place. AZ paid up.

Hard not to love what Arizona is doing. Second-year quarterback Kyler Murray seems to approve.

Winning just five games last year left the Cardinals disappointed, but their ability to take care of their newest star should start a new wave: Winning.

The Kyler Murray-Hopkins duo should terrorize the NFC West for years to come and we’ll get our first taste next week when they take on the 49ers. 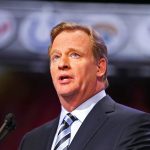 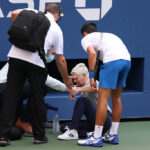