In a year that has taken forever, Thanksgiving has actually crept up on us. It is knocking on the doorstep in all its turkey and football glory. Let’s do this!

In about a half-dozen states, it’s now legal to gamble on mobile this year. Our partners at FanDuel are doing a promo where new users — in all states, not just Tennessee — can place a Thanksgiving bet and get 25-1 odds. 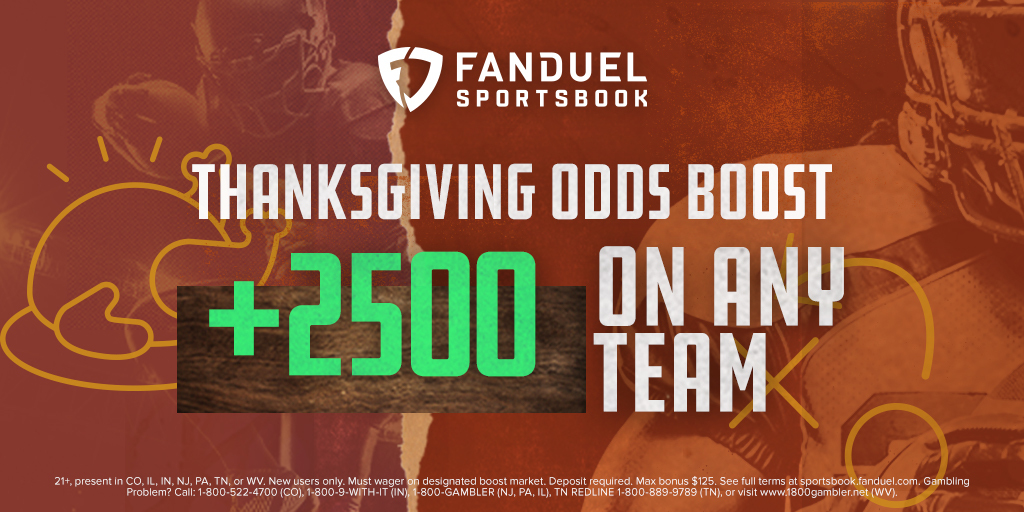 Because this promo is for a moneyline bet — that means winning outright as opposed to betting the spread — the move here is to bet on the Steelers. They are the biggest favorites of the day and are therefore the best value on a moneyline bet that pays 25-1, regardless of where you put it. It’s a $5 max bet, but you have nearly a two-thirds chance of turning that into a $125 win.

Here are the lines for the games this week: 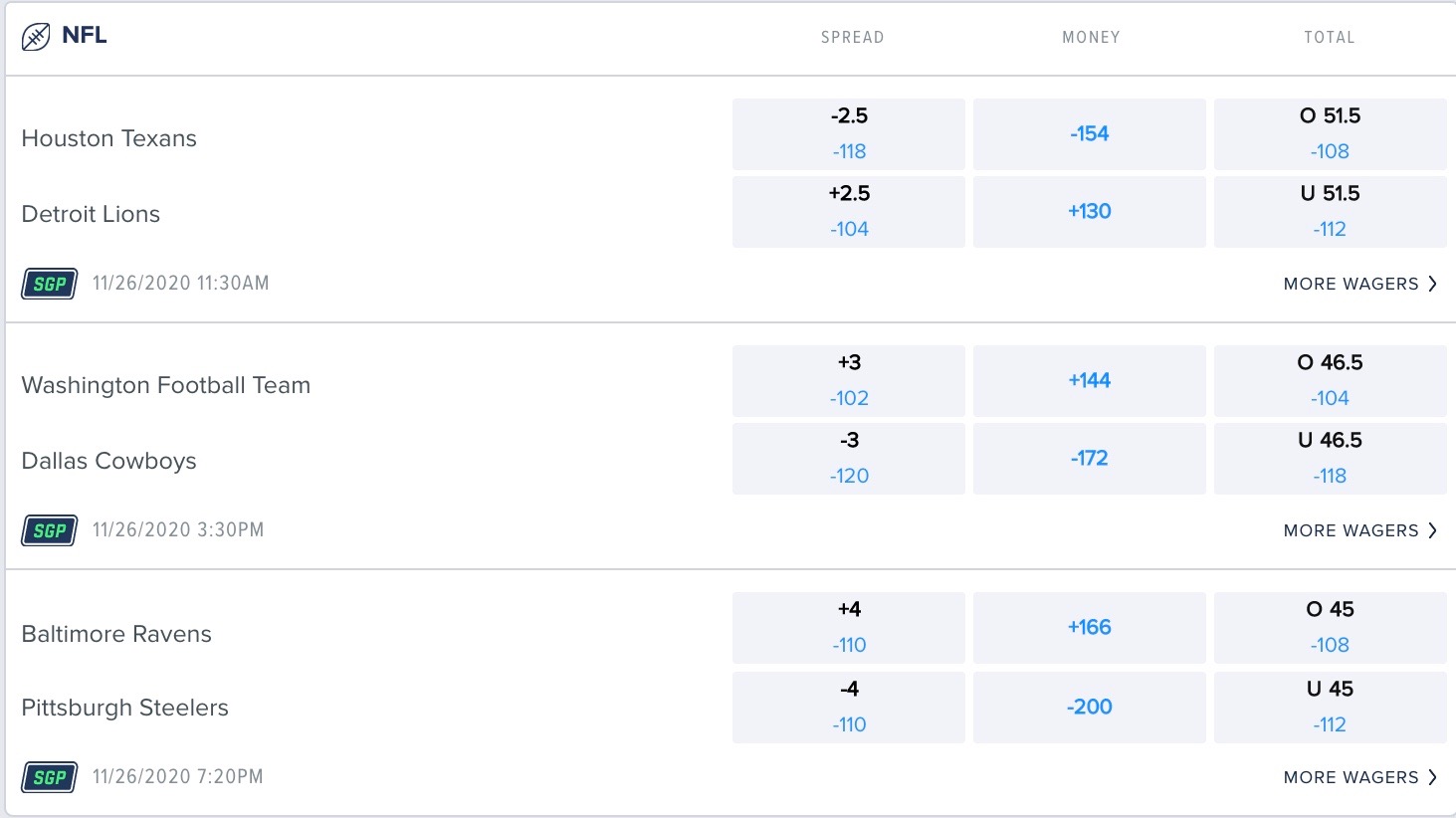 Here are my picks:

Texans -2.5: This seems like a pretty mismatched line to me. If the Lions were going to muster a run this year, it had to start last week against the Panthers. Instead, they gave up a total of 374 yards to a team that was without Christian McCaffrey and that started PJ Walker, who played in the XFL last year. The Lions mustered zero points in the game. I might be willing to reconsider this pick if Detroit running back D’Andre Swift returns from concussion protocol, but right now, I like Houston.

Cowboys -3: The NFC East is basically what the kingdom looked like in The Lion King when Scar was in charge — a barren wasteland. That being said, the Cowboys are the team I most believe could go on a run. Washington looked impressive on paper in a 20-9 victory over the Bengals on Sunday that was never in doubt in the second half, but the momentum of this game was headed in a different direction before Joe Burrow’s knee injury. Plus, how could you, in good conscience, bet against the Cowboys merely a week after Mike McCarthy channeled Gallagher and smashed some watermelons?

Steelers -4: It may be a bad sign that I’ve gone straight chalk for Thanksgiving Day, but isn’t this an insane line right now? The Ravens will be without running backs JK Dobbins and Mark Ingram after they tested positive for COVID-19, and they’re just not the same team that they were last year. At some point, we need to come to grips with the fact that they’re not a Super Bowl contender. The Steelers, meanwhile, are probably the best team in football not named the Chiefs.

May your Thanksgiving dinner be delicious and your gambling day be green!

Click here to sign up for FanDuel, and your first bet up to $1,000 is refunded if it loses.