The folks at the Texas Public Safety Department are apologizing this week for the three Amber Alert messages that went out January 29 naming the iconic doll Chucky as the suspect responsible for abducting Glen, a character in the Child’s Play movies that made Chucky famous.

It may sound like some sort of Babylon Bee story, but this is the real deal.

“This alert is the result of a test malfunction,” the department said in a statement. “We apologize for the confusion this may have caused and are diligently working to ensure this does not happen again.” 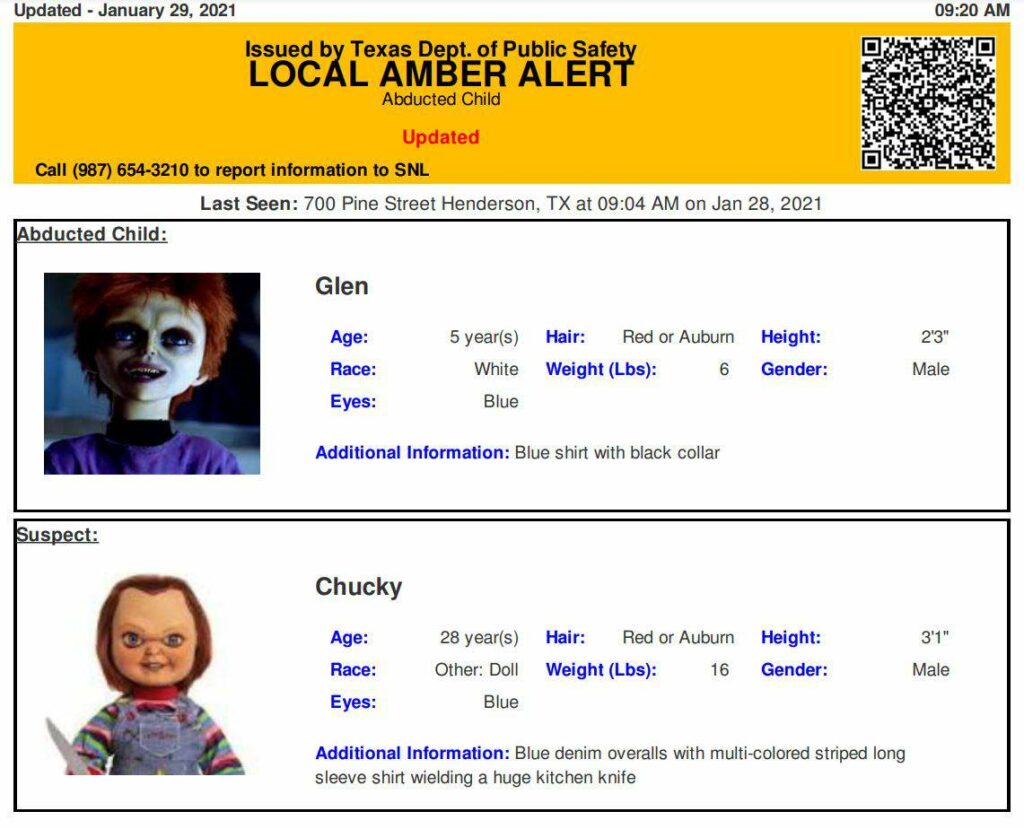 Don Mancini, who created the Chucky character, took to Twitter pleading for someone to find the 28-year-old weighing 16 pounds. “PLEASE FIND THEM, @TiffnyMovieStar AND I ARE FRANTIC. PLEASE NOTE: THE KID IS NON-BINARY, THANKS,” Mancini tweeted.

While it’s embarrassing to send out an Amber Alert for a 3’1 movie doll, it’s not nearly as bad as the mess-up in Hawaii. In 2018, the state of Hawaii sent out a ballistic missile alert, adding “THIS IS NOT A DRILL.” The person who pushed the button on that one was fired. His excuse was that he didn’t know it was just an exercise, even with multiple people in the room announcing it was an exercise.

You give hackers and trolls a digital form of communication, and they’re going to let their minds wander. One thing leads to another, and suddenly Chucky is a wanted man. 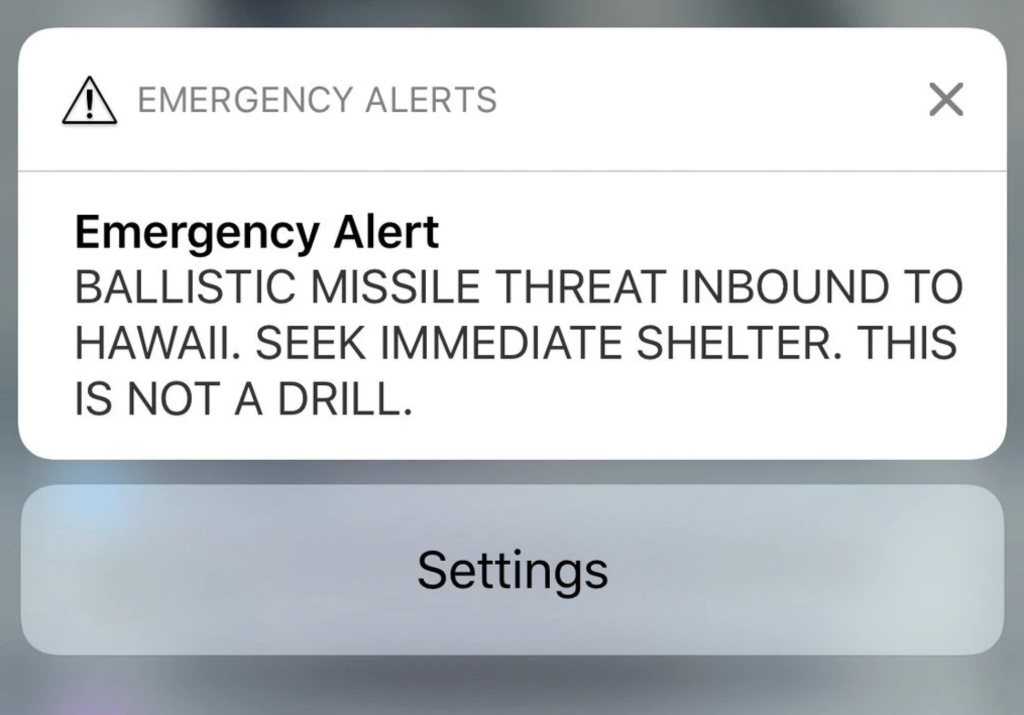