My good news beat rolls along today with a stop in Austin, Texas where UT head coach Tom Herman got on the phone to tell Mark and Amy Bush that their son, Jett, had earned a 2020 scholarship. No matter how many times you hear these calls and see the player reactions, these videos never fail to leave a lump in the throat unless you’re just a completely miserable human being and don’t appreciate people succeeding in life.

Jett Bush, a sophomore linebacker out of Houston, played in four games during the 2019 season and had one tackle.

Get the tissues ready, parents. Herman jumps on the phone to give Jett’s parents the good news and wastes no time getting down to business. “I know parents always get nervous when the head coach calls, but this is a good one,” Herman told Mark and Amy. “We’re gonna put Jett on scholarship.”

If you didn’t get a lump in your throat from that, you will when Mark pops up during a Texas team meeting to tell his son the good news. “I can’t thank y’all enough for always supporting me and always helping me out every day,” Jett said in front of his teammates. “You know, I’ve been thinking about this — it’s what will help motivate me every day, every practice. But, seriously, having y’all as my teammates, having y’all as my family, I wouldn’t want anybody else. Love y’all. Hook ‘em.”

Jett and the Longhorns start their season Saturday at home against UTEP. Seating capacity at Darrell K Royal-Texas Memorial Stadium for the game will be capped at 25%, meaning Jett’s parents should be able to catch their son in action.

More from the good news series: 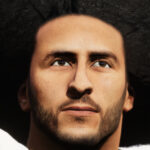 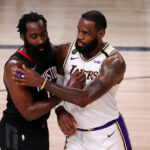