Texas A&M showed off a defense on Saturday night that looked good enough to be in the College Football Playoff. The Aggies offense, on the other hand, left a lot to be desired. And when we say a lot, we mean it.

The final score was a 20-7 victory for Texas A&M. The only points that defense allowed to LSU came with 38 seconds left in the game. Of the 267 total yards gained by the Tigers, 81 of them came on the team’s final drive.

Otherwise, the Aggies allowed zero points, 186 total yards of offense and only a 12.5-percent conversion rate on third down. For the No. 5 team in the country, that defense looked worthy of the ranking. It looked like a defense that is going to give Auburn fits next week.

But Texas A&M’s offense looked like the exact opposite. Isaiah Spiller was fantastic on the ground (27 carries, 141 yards, one touchdown), but the rest was pedestrian at best. Really, it crossed over into the “terrible” category.

Both teams gained 267 total yards of offense, only converted 2-of-16 on third down, and had at or over double-digit penalties (11 for LSU, nine for Texas A&M). So, what was the big difference? Three turnovers from the Tigers and none from the Aggies.

There is a lot to be excited about in College Station. The Aggies have officially reached December (or will be the next time they play) and they’re still involved in the Playoff talk. It’s an uphill battle, but they’re still here.

That offense has to be a concern, though. We’ve already seen that defense sputter against No. 1 Alabama and No. 6 Florida this season. The record is 1-1 in those games, but it took an offense that could go toe-to-toe with the Gators.

If we continue to see the kind of performance we saw on Saturday night, it’s hard to imagine a scenario where A&M gets very far — even if they do somehow make it to the Playoff. 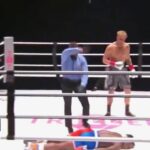 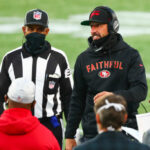