No, folks, it’s not Groundhog Day in Knoxville. It’s just a weekday. The never-ending cycle of Tennessee trying to figure out its quarterback situation only made it to Week Two of the season. It was the Joe Milton show, Josh Heupel announced during the Bowling Green week, and then it wasn’t.

Milton, a Michigan transfer, came to Tennessee looking for a fresh start and hoping the Heupel offensive scheme could be his redemption. Well, as it turns out, things looked a whole lot better in fall camp than they did in the first two games of the 2021 season. Milton still has a long ways to go, especially with the overthrown balls and an inability to see open receivers. A week ago, some still hoped that this was a first game jitters type of problem, but unfortunately it flowed straight into Week Two. 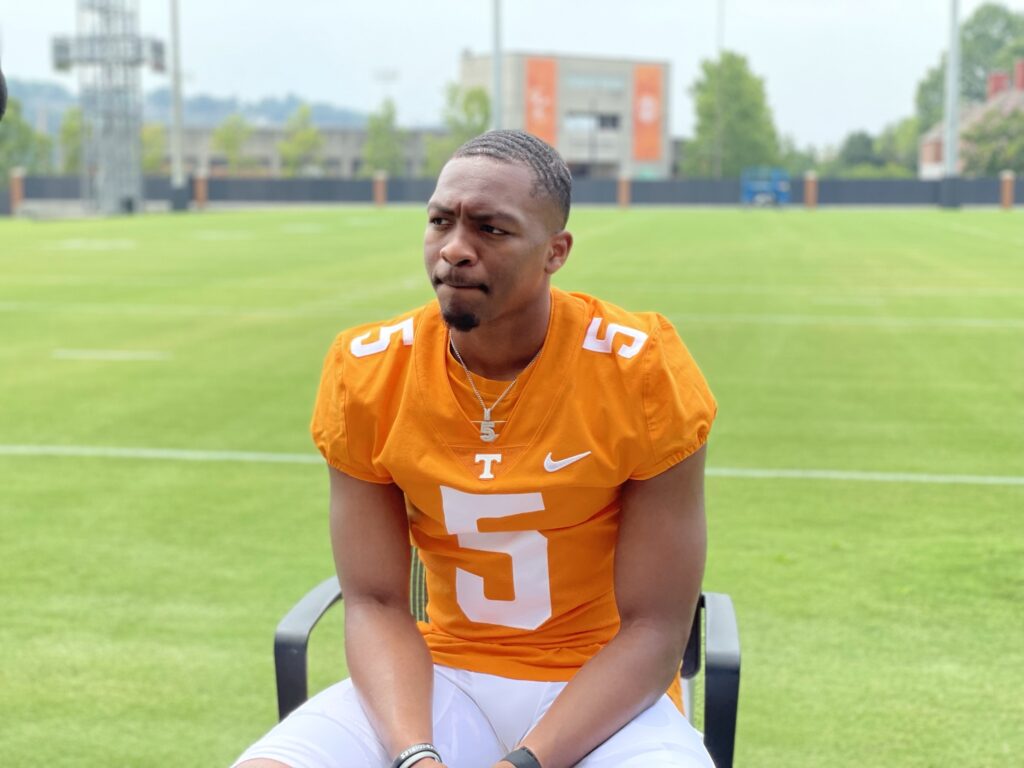 On Saturday against Pittsburgh, the problems looked the same. Milton overthrew multiple receivers in the first quarter, opportunities which could’ve led to a 21-0 lead. Now, the Vols had put themselves in a horrible spot, and they had to play from behind for the rest of the game. They gave up 27 points in the second quarter alone.

The game was quickly turning into a situation which I discussed last week. When would it be time to see Hendon Hooker? Turns out, it didn’t take long. As Joe Milton dropped back to pass, a Pitt linebacker dug his shoulder for a textbook sack, forcing a fumble in the process. Unfortunately for Tennessee, Milton was injured on the play and the coaching staff then had to turn to Hooker.

The one thing that the Tennessee coaching staff could see after the first few series was Hooker’s elusiveness. Now, this isn’t new to them, as they’ve witnessed him doing these things during fall practice. But, to see him do it in live action against a defense not wearing orange was something different. He hasn’t received the number of reps with the first team to fully judge his potential right now. Maybe that comes this week, but according to Heupel, the starting quarterback job will depend on how healthy Joe Milton is.

Heupel said, “I don’t know where [Milton] is health wise at the moment.”

So, for right now in this moment, Hendon Hooker will get at least a few days of first team reps. Heupel did mention that he thought Hooker played well within the pocket and that most of his decision making was right, except for the turnovers.

“I thought he answered the bell during the course of the game,” Heupel added about Hooker.

But as of Monday, Josh Heupel hasn’t named a starting quarterback for the Tennessee Tech game. He wants to observe the Milton situation until at least Wednesday. So, now we wait to see what comes out of practice this week. Can Hendon separate himself, while he has the opportunity, or does Heupel give Joe Milton another crack at it, if he’s healthy?

Either way, Tennessee fans are sitting in the same spot they’ve been so many times before, waiting to see which quarterback trots onto the field as part of the first team. It’s been a never ending cycle of hot potato for a number of years regarding the quarterback position in Knoxville.

So, what’s one more week of uncertainty?