If you are a fan of SEC basketball, than you know the name John Fulkerson, the lovable, hard nosed, gritty, and fan favorite “Super Senior” for Tennessee basketball. Well, after deciding to return for his sixth season on Rocky Top, he was announced on Thursday as part of the Karl Malone Award pre-season watch list. The Karl Malone Award is presented annually to the top power forward in college basketball.

Fulkerson is one of just three players from the SEC to be named to the list, that includes 19 other power forwards. The East Tennessee native enters his sixth season at Tennessee, and he has played in 132 career games as a Vol with 62 starts—including 55 of his past 56 games. He was a 2020 All-SEC second team player. Over the last two seasons as a starter, Fulkerson has averaged 11.8 points and 5.7 rebounds per game.

But for fans, it doesn’t matter how many points per game he scores, it’s the way he plays the game. The fun-loving big man, who loves Pals in Johnson City and has now become an ambassador for the company, lives in old folklore tales, even while he’s still playing. After taking an elbow from Omar Payne during the 2020 SEC Basketball Tournament, he was not allowed to play the rest of the season, due to surgery on a broken bone around his eye. He also doesn’t remember a single thing from the events leading up to his injury, which included Senior Day at Tennessee. This incident was part of the reason Fulkerson returned for one more season.

It’s safe to say that Fulkerson will go down as one of Tennessee’s most endearing players of all time. Fans chant “Fulky” as he’s walking down the street and taking the court. John is as genuine as it gets, he doesn’t fake his persona, and he definitely loves playing for his dream school. So, the fact that companies in the area want him to represent them should come as no surprise. 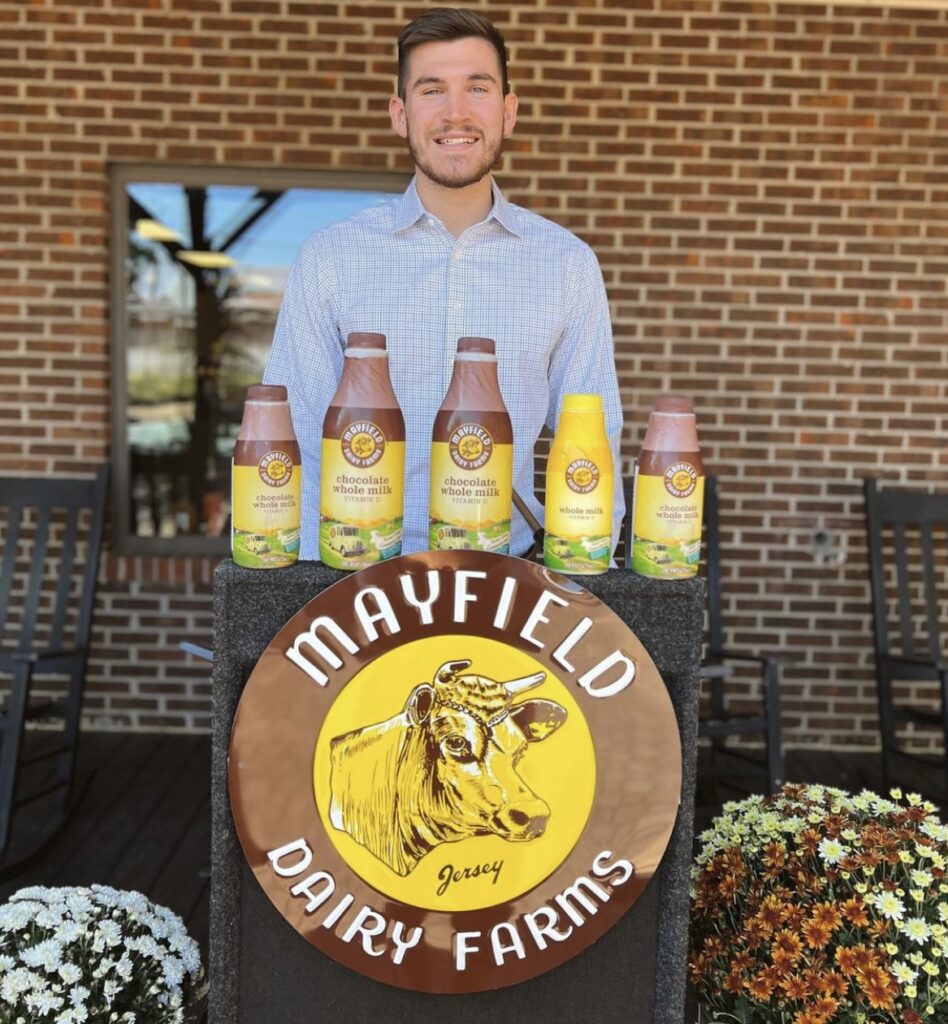 Fulkerson is a noted fan of whole milk, not that “fake” 2% or the “watered” down skim milk, as he’s mentioned numerous times in postgame settings, even as he prepares to get serious with us during a postgame scrum. Seriously, he would rather drink milk than water and has told us numerous times how much he drinks during the week, which is a lot. So, it’s only natural that Mayfield Dairy would sign Fulkerson to an NIL deal to represent their company. Fulkerson even got to visit the dairy plant this past summer, and you have to watch the video, just to see his reaction to being a part of this tour. It’s social media gold.

You will see it during the season, his passion for the game and his love for his school. The amount of effort he puts into each play, the way he handles himself with the media and postgame interviews. He’s simply one of a kind. I’ve covered a lot of talented basketball players in my career, but none of them touch Fulkerson when it comes to likability and pure kindness.

But, I’ll warn you now. Don’t let the soft side of him off the court distract you from what he will do on it. Because of the COVID year, he has been blessed with this sixth season, and look for him to take full advantage of it on the court this year. When you see a guy wearing No. 10 in orange jumping over the scorers table for a loose ball, you’ll know exactly who it is. He’s just built that way, and he leaves it all on the court every game.

So, being named to a prestigious award watch list and also becoming an ambassador for his favorite milk company. That’s a solid week for the young man we call “Fulky”.

Get used to hearing his name again this season, which isn’t a good thing for opposing coaches and players.