The Tennessee Vols will have to find another quarterback in the off-season to fill the depth-chart, as Harrison Bailey has officially entered the portal. Bailey becomes the second Vols quarterback to enter the portal this season, as Brian Maurer left the team in August.

It never really worked out for Bailey at Tennessee, who was recruited by the previous staff. This will be the fourth quarterback that has transferred out of Tennessee in the past calendar year. For Bailey, he could never really find any playing time, until late in the 2020 season. Unfortunately for Harrison, the offensive system that Josh Heupel runs doesn’t fit with the type of quarterback he is.

Bailey did release a statement later this afternoon. 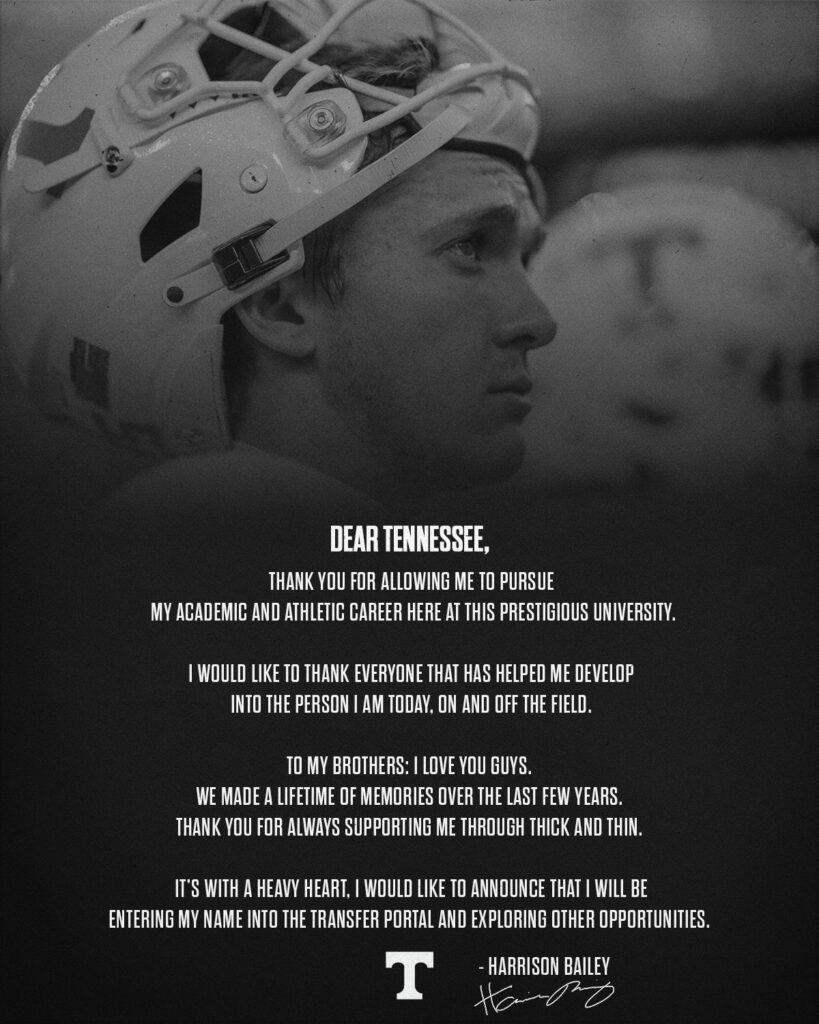 Under Jeremy Pruitt, many thought Bailey could be the guy for OC Jim Chaney, but didn’t make his first start until the Florida game, in December of last season.

After a rough 2020, for all Tennessee quarterbacks, JT Shrout and Jarrett Guarantano both decided to move on from Knoxville. I thought Shrout had the most potential out of the transfers, but Pruitt had other plans and played musical chairs with the group. After missing a good chunk of fall camp last season, due to reasons beyond his control, Bailey never really had the chance to catch up.

I would say this is a good move on Harrison’s part, as he will land at a school that can give him a better opportunity of one day starting again in college football, especially in a system that suits him. He could end up doing great things under a different staff and offense, so the future is still bright for the QB.

Bailey finished his career at Tennessee 51-75 for 594 yards and 4 touchdowns. He will have multiple years of eligibility left wherever he ends up.