Indianapolis– We knew what this Tennessee basketball team could do if they got hot from behind the arc, but this is what happens when you are hitting shots from all over the court. The Vols dominated Longwood 88-56 in the first round of the NCAA Tournament.

When you carry-over the swagger, which Tennessee has done, into the NCAA’s, you can feel the momentum start to build after every shot. This was the case on Thursday, as the Vols ended the first half on a 16-3 run, leading 54-29. 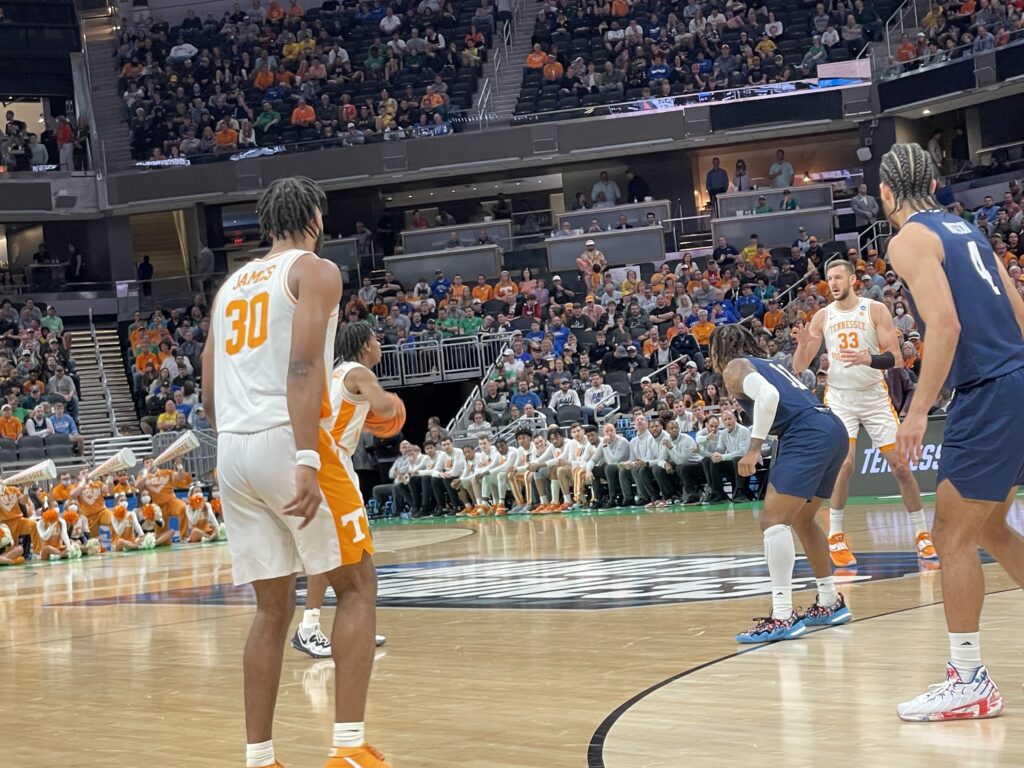 Rick Barnes couldn’t have asked for a better first half from his leaders, with Josiah-Jordan James scoring 15 points, Vescoi scoring 12 and Fulkerson adding 13. It was as if the Longwood staff decided to focus only on the game film of John Fulkerson from this year, not the last few. Ole Fulky came out on a mission, attacking the basket and causing turnovers on defense.

Rick Barnes knew that if his team would just step it up on defense, that the scoring opportunities would come, accoring to Josiah-Jordan James.

“His message was just to get stops on defense. We knew the offense would come along.”

The 58% shooting from behind the arc was a Tennessee record for an NCAA Tournament game, along with the 60% from the field.

The ability for this team to make the adjustments needed on both ends of the court comes from having Josiah-Jordan James available to switch his position when needed. Rick Barnes pointed out that this was the main reasons they could substitute the way he wanted.

“What we have been able to do is make some adjustments with this group because of the ability that Josiah has to play.”

But if you didn’t expect this type of performance from Tennessee, you haven’t been paying attention to this team lately, almost like Joe Lunardi or the NCAA Selection Committee Chairman. Rick Barnes has this group oozing with confidence at the moment, coming off the SEC Tournament Championship.

Santiago Vescovi is a prime example of not letting the team get caught up in the past week of winning the SEC Tournament and not being focused on the job of beating an inferior team in Longwood. There’s a time to celebrate that success, but a mindset change was needed for the quick turnaround, according to Vescovi.

The fan support wasn’t lost on this team either, especially with how many were in the building today.

“On behalf of me and all my teammates, we really appreciate all the love and support from Vol Nation,” Fulkerson added.

One of those guys who has carried over his game from Tampa is Josiah-Jordan James, who continues to cause problems for opposing teams. His ability to drain a shot with a hand in the face is beautiful to watch in-person. The way in which he attacks the basket makes him hard to guard, which Longwood found out the hard way on Thursday. But I’d almost be mistaken if I didn’t mention the play of Santiago Vescovi, who came out scorched earth on the Lancers, hitting 4-6 from behind the perimeter.

The score was 70-39 at the 12:00 mark, almost as if Tennessee was hoping to run the clock out on these guys. The fans of Longwood were sure into the game, down 31 points, but bugging every other fan in the audience for the last eleven minutes. You might only get this opportunity once in your life, so enjoy it all Lancers.

As for Tennessee and what’s next, well that would be Michigan, who took care of Colorado State earlier today. It’s almost like a revenge tour for the Vols, who lost to the Wolverines in this same city over seven years ago in the Sweet-16. I don’t think you have to remind fans of Tennessee how that game ended. The current players might not realize it, but I promise you the fan base does. 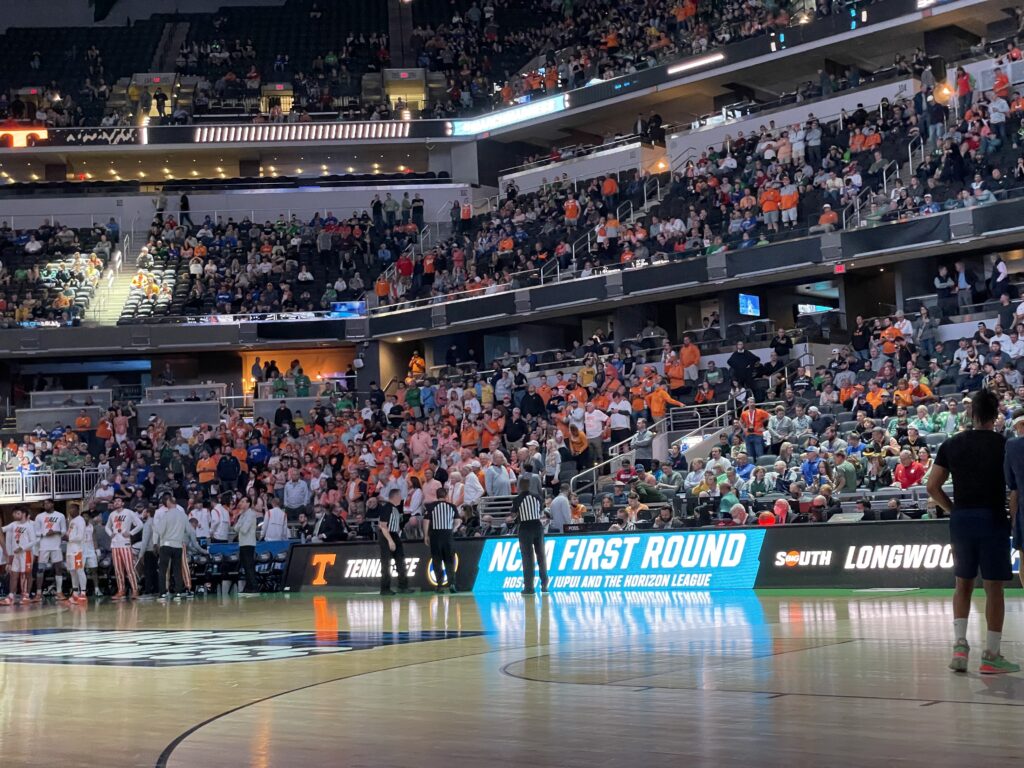 The game on Saturday will be physical, it will be a battle in the paint and it will require the Vols to continue shooting confidently. Juwan Howard had his team playing really well, with his team going on a 28-18 run to start the second half and taking the lead, after trailing double-digits at one point. The matchup will be interesting, especially if the Vols can get the same type of play from Fulkerson in the paint. The staff allowed Fulky to take a breath over the final minutes of the second half, only playing him sparingly.

According to Tennessee Stats, Santiago Vescovi has made 100 3-pointers this season. He is only the second Vols players to make 100 or more 3-pointers in a single season, along with Chris Lofton. He finished 6-8 on the day with 18 points and 7 assists.

This is what we expected out of the Vols, a dominating performance. I think some people still want to see it, to believe it. But I don’t know what else this team has to show you to prove they are worthy to be talked about in regards to making a long run. I know Tennessee fans always keep a cup on, in case of any unexpected surprises, but this team shouldn’t bring you any.

In-front of a few thousand fans dressed in Orange, the Vols took care of business against an inferior opponent and did it impressively. It’s not as if Longwood wasn’t any good, Tennessee just finally started to prove why they were the higher seed late in the first half.

If you thought today’s environment was fun, wait until we get fans of Kentucky, Michigan and Tennessee in the same building at the same time on Saturday. Hide the fine china, there will be some drama.

Tennessee did what they were supposed to today, without any added drama. Now we’ll see if they can carry it over to the second round. This team is playing with a tremendous amount of confidence right now, which should be very scary for others.