If you were looking to watch John Fulkerson play in Tennessee’s exhibition game against Lenoir-Rhyne on Saturday, you’ll have to wait a bit longer. On Tuesday, the Vols held their pre-season media day and Rick Barnes updated the status of a few players.

Vols coach Rick Barnes revealed that Fulkerson broke his left thumb recently, which will keep him out of action until the season opener on November 9. Fulkerson was wearing a small brace on his left hand during media availability, but told me he “feels great and this will heal quickly. I’ll be ready to go for the opener.” 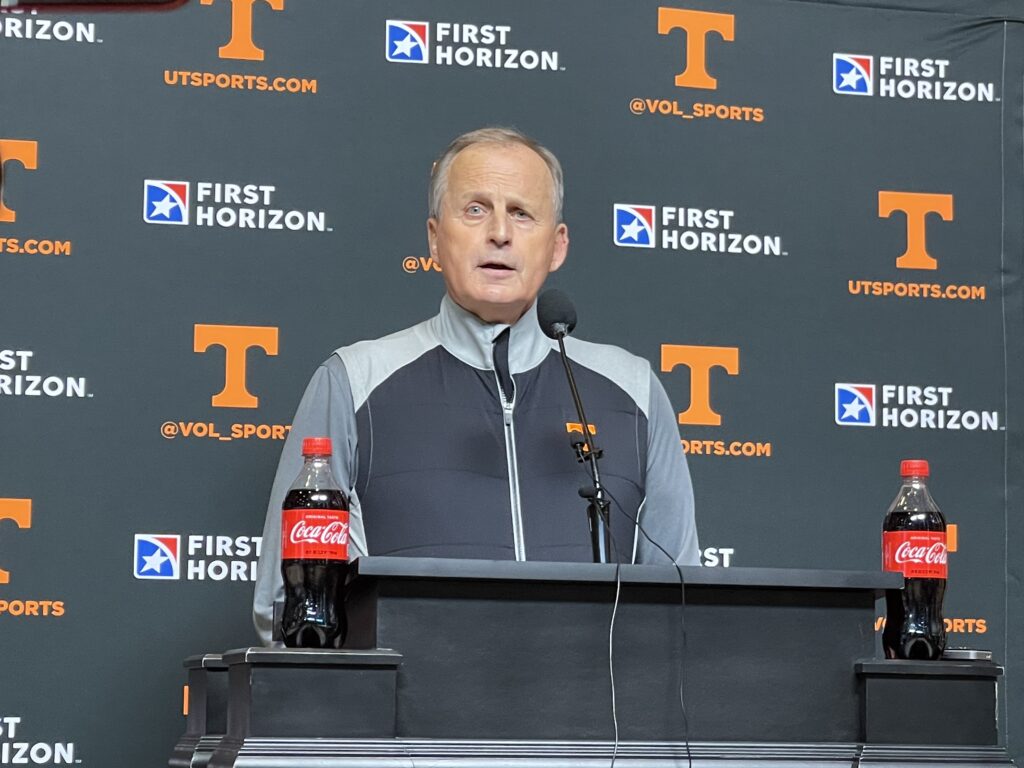 Fulkerson was named preseason first team All-SEC by the conference on Tuesday, and this Tennessee team will rely heavily on Fulkerson and his leadership, as they have so many newcomers to this roster.

“It’s been really fun, and we have a bunch of new guys, unfamiliar faces to you all. I’ve been talking to you guys many years now and for those new guys being around, it’s been really fun, because what all they bring to the table, on and off the court. Their different strengths, abilities and skills, I am really excited to see us play different teams.

“I can speak for all my teammates that we’re pretty tired of going against each other,” Fulkerson added. “We’re ready to play other people, so I am excited to see what all they can do when we play outside competition.”

Rick Barnes was asked about the difference in team camaraderie this year, both in the locker room and on the court.

“Just a totally different deal with our program, and we have always spent a lot of time together. Our locker room is a second home for all of us, and we do so much there together. Last year, we didn’t get any of that. I feel for the players last year who did not get a real feel of what it was about and what it should be, but this year has been a lot of fun. It made us really truly appreciate what we had before to be quite frank. This group is a group of guys that after practice, when we are in the locker room/lounge, you do not want to leave because you enjoy that camaraderie. Maybe some of it has to do with how we missed it a year ago, but it is a totally different feeling from what we had last year.”

While discussing the upcoming season, especially the tough opponents that will come early in the November, Fulkerson understands the Rick Barnes approach to scheduling.

“If we wanna be the best, we wanna play the best and beat the best,” Fulkerson said. “But also, having those games under our belt when it comes to SEC play, SEC Tournament, NCAA Tournament, it really helps us playing in those tournament like games. We always wanna play against the best competition, so Coach Barnes and our staff do a great job at scheduling those games for us.” 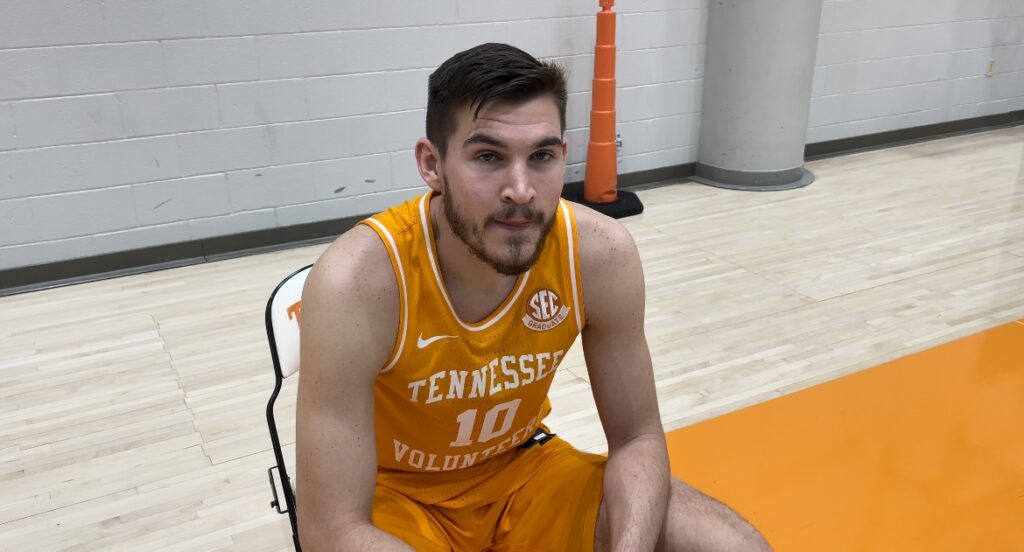 For all his basketball acumen, Fulkerson doesn’t remember the last time he took to the court in a competitive game. Literally. If you remember, Omar Payne of Florida landed a hard elbow to Fulkerson’s face in the SEC Tournament quarterfinal back in March, forcing Fulkerson to sit out the remainder of the season. The sixth-year senior has no memories of that game.

“My last game, I guess Florida in Nashville, I can’t remember that, so knock on wood, I’ll be able to remember all the games this season. So, it will be a great feeling and a great opportunity. Not taking a day for granted this season.”

We are soon going to find out what kind of team Tennessee will be this season, but as usual, the team leader is ready for the fight.

The Vols will open the regular season on Nov. 9 against UT-Martin, which will be broadcast on the SEC Network.