The Tennessee football program had some extra motivation on Saturday, before and during the game. The Vols were hosting South Carolina today, but were also hosting former linebacker Al Wilson, as he will be inducted into the College Football Hall of Fame.

An emotional day for Wilson, who has been around the program a lot over the years, but today was all about him. He was joined Friday night by former teammates, as the athletic department held a celebration dinner for him. It was a night of reflection and stories, as players like Jamal Lewis and other from his teams joined him in Knoxville.

“It’s truly a blessing to be considered one of the best to play the game at the collegiate level,” Wilson said after the announcement in January. “To my teammates, coaches and all of Vol Nation, this is our award!”

A consensus First Team All-America in 1998, Wilson was the only All-America selection from the perfect 13-0 Vols squad that won the inaugural BCS National Championship at the Fiesta Bowl against Florida State.

“A finalist for the 1998 Nagurski Trophy, Wilson earned First Team All-SEC honors as a senior and second team all-conference laurels as a junior while losing only three conference games in four years. The 1998 team captain posted 12 tackles and a school-record three forced fumbles in the Vols’ win over No. 6 Florida that season, which ended Tennessee’s five-game losing streak to the Gators.”

The school announced before the season they would honor Wilson by placing a plaque at each 27-yard line, which was his number at Tennessee. 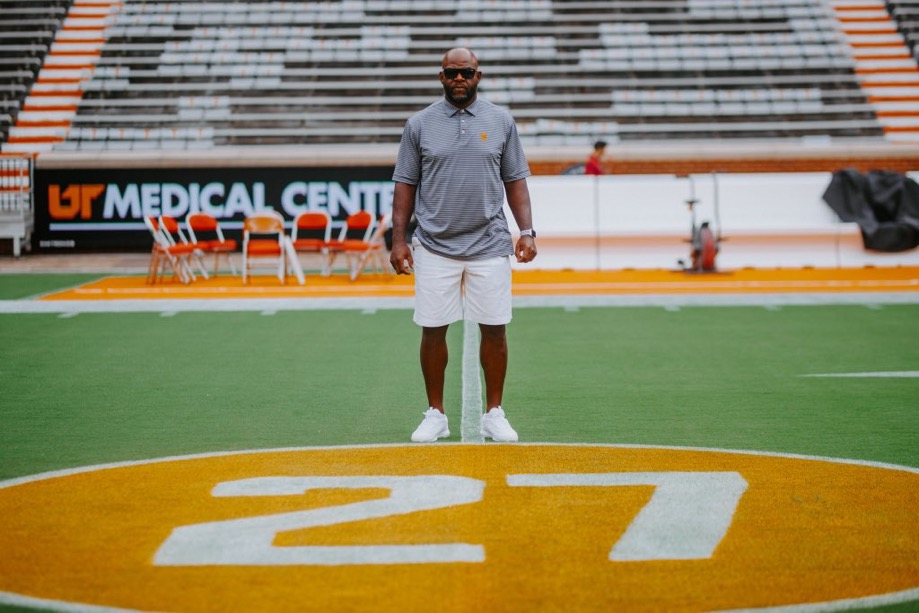 The Vols ended up winning the game 45-20, on the day they recognized Wilson.