The Golf and Games Family Park in Memphis was torn up Saturday night reportedly by teens who went nuts after a chaotic scene broke out when someone threw a firework at an estimated group of 300-400 teens who were dropped off by parents. ABC-24 in Memphis reports the stampede that ensued caused the business to close down and the Family Park wasn’t able to immediately issue refunds which then set off teens who were still inside the facility.

In other words, it was pure chaos at the Family Park and that led to even more chaos that included the destruction of the front desk area. The general manager says the damage is minor.

The Family Park said the following via a Facebook statement:

Unfortunately, yesterday evening we had an incident that we have never experienced in 57 years of business. Parents chose to leave large groups of teenagers at our facility without parental supervision. Some of those people chose to create a disturbance the likes of which we have never seen. We are very thankful that none of our Golf and Games family or customers were injured in this situation. We are actively working with authorities to identify those involved and hold them accountable for their actions. Going forward, all minors must be accompanied by their parent or guardian while at Golf and Games. Anyone that is left unattended will be asked to leave. We are and always have tried to be the locally owned p-lace for family entertainment for almost six decades. And we will always welcome those who choose to share their family experiences with us. We look forward to serving you soon.

Here’s something I found interesting: the police report states the company declined to report damages. Imagine being a business that needs teens to slam cash into their machines. It would make sense that they can’t go too far making a big deal out of this because they need teens to keep coming and spending money. So poor Family Park is left picking up the coronavirus plexiglass pieces and coming up with new policies to prevent parents from dropping off hundreds of teens.

Must be fun out there to be a business owner these days.

Here’s another video showing the same young female spitting on an employee outside pic.twitter.com/Z0lsH0nv27 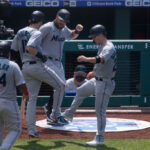 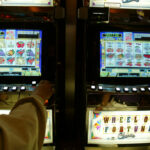