Tank Bigsby was one of the top running backs in the country coming out of Callaway High School in Georgia. Now, he’s taking over as Auburn’s top running back in a crowded backfield.

The takeover started in the Week 2 loss against Georgia with fellow runners Shaun Shivers and D.J. Williams banged up. Bigsby was the only running back to see a carry in that game. Now it looks like that momentum is carrying over.

The Tigers are barely into the second half of their game against Arkansas, but Bigsby has already been given 14 carries, double the next highest player. And what has he done with those opportunities? The freshman has accumulated 130 yards rushing (8.6 yards per carry) while proving to be a workhorse-type player.

Six of those 14 carries have been of 10 yards or more, including this 26-yarder where Bigsby did his best impersonation of Marshawn “Beast Mode” Lynch.

Tank Bigsby is a beast😤

Having a reliable, consistent option at running back threatening defenses on a weekly basis should take pressure off Bo Nix, who continues to struggle. The sophomore quarterback is only completing 50 percent of his passes (6-of-12) for 62 yards (5.2 yards per attempt). He does have 44 rushing yards and a touchdown on the ground.

Regardless, Auburn fans have to be excited about the future at running back. 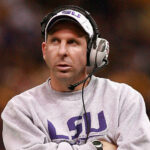 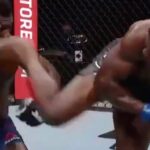