The Tennessee Titans (8-3) host the Cleveland Browns (8-3) on Sunday in what could be a classic bruiser between two of the NFL’s best rush offenses.

This just in: Clay’s giving away annual VIPs for each new FanDuel user who clicks on the link below, registers and places a bet on the game. Send proof you placed a bet to vip@outkick.com so you can join the fastest growing sports community on the planet (VIP is $99 value) and leave Sunday with cold hard cash in your wallet.

Boost Details: Bet $5 on either the Titans or Browns, and FanDuel will boost your odds to an enormous 25/1 (+2500), valid for new users in TN, IN, and IL only. The boost shows up in the FanDuel Sportsbook app after your first deposit.

This is a Moneyline bet, which means if the team you pick wins outright, you win $125 on a $5 bet. It’s that simple. And with odds this incredible, you’ve got an unbeatable opportunity to profit!

Both teams currently hold a playoff spot. The Titans sit atop the AFC South after a rout of the Indianapolis Colts last Sunday, 45-26. The Browns have won four of their last five games and hold the AFC’s top Wild Card spot.

Here are the current betting odds as of this writing via the FanDuel Sportsbook:

Here’s our take for this epic AFC showdown:

If you’re in Tennessee, take the Moneyline. If you’re outside of Tennessee, be confident in the spread. Lay the points and get ready to collect cash once the clock hits zero.

The look-ahead line for this game was Titans -3.5. It has quickly grown to a touchdown. While we’d usually consider this an over-adjustment after the Titans’ biggest win of the season, we feel the Browns are getting a fair amount of respect. In other words, we’re surprised the line isn’t larger.

For two straight weeks, the Titans offense has clicked, beating top-10 defenses in the process. And while the league’s leading rusher, Derrick Henry, will take on the Browns’ No. 9 ranked rush defense, we don’t expect much of an issue. Henry has more than proven he can carve up any unit.

But just like last week, it’s imperative that quarterback Ryan Tannehill play mistake-free football to complement Henry. The Browns get defensive end Myles Garrett back but will likely be without safety Ronnie Harrison and cornerback Denzel Ward, which gives the Titans offense a considerable advantage.

The Browns have a great rushing attack of their own, led by Nick Chubb and Kareem Hunt, arguably the best tandem in football. But the Cleveland offense isn’t putting up many points right now. In their past four games, the Browns have averaged only 16.25 points. They’re going to need much more if they expect to match one of the NFL’s most potent offenses.

Lay the points and the Titans.

New FanDuel Sportsbook users in all legal states (TN, CO, PA, NJ, IL, IN, WV) can get their first bet risk-free up to $1,000. New users in IL, TN, and IN can take advantage of this epic boost. Click below link to register, send proof of your bet to VIP@outkick.com and get Annual VIP for Free!

Note: You will see the boost once you make your first deposit. Happy betting! 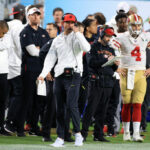 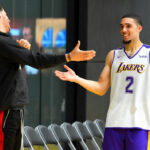