The NFL trade deadline came and went on Tuesday at 4:00 p.m. ET. Top trade candidates such as cornerback Stephon Gilmore, wide receiver Will Fuller V and quarterback Dwayne Haskins weren’t moved, but that didn’t mean we were left empty handed.

Only two trades took place on Tuesday, but 11 total took place dating back to Oct. 18. Below is a summary of each one of these deals. Some of these deals will help with depth. Others could be enough to help a team make a Super Bowl push.

Analysis: Myles Gaskin has climbed to the top of the depth chart, but the Miami Dolphins are still looking for more depth at the running back position. Despite having Jordan Howard and Matt Breida, the team went out and acquired DeAndre Washington from the Kansas City Chiefs.

The deal landed the Chiefs a 2021 sixth-round draft pick.

Analysis: Rumor had it that New England was looking for more help at wide receiver. Isaiah Ford might not be a flashy, big name player like Will Fuller V or A.J. Green, but he’s a serviceable option who should contribute.

Ford netted the Dolphins a 2022 seventh-round pick. It might not seem like much, but it will clear the way for former Cleveland Brown Antonio Callaway to see a bigger role in Miami.

Analysis: After the performance we saw from Johnathan Joseph on Sunday, it became obvious the Tennessee Titans needed more help in its secondary. The Los Angeles Chargers sent versatile defensive back Desmond King to Nashville for a 2021 sixth-round pick.

King can play down in the slot as a nickel corner, as a safety or even as a return man.

Analysis: Kwon Alexander played college football at LSU. Now, he’ll continue his NFL career right down the road with the New Orleans Saints. Alexander will team up with Demario Davis to give the defense more help on the second level.

In exchange for Alexander, the Saints sent the San Francisco 49ers linebacker Kiko Alonso and a conditional fifth-round pick.

Analysis: The Pittsburgh Steelers lost former first-round pick Devin Bush to a season-ending injury a couple weeks ago. As the only undefeated team left in the NFL, they had to make a move to keep them competitive at the position.

The Jets decided to part ways with linebacker Avery Williamson. The received a 2022 fifth-round pick for Williams and a 2022 seventh-rounder.

Analysis: The Arizona Cardinals recently lost All-Pro outside linebacker Chandler Jones to a season-ending bicep injury. As a result, the team brought Markus Golden back to Arizona. The trade sent the New York Giants a 2021 sixth-round draft pick.

Considering the Cardinals are still competing for a playoff spot, the deal for more pass rush help made sense.

Analysis: Carlos Dunlap was looking to get out of Cincinnati, and the Seattle Seahawks needed more edge help. It was a match that made perfect sense, and it could be the key to helping Seattle make a Super Bowl run.

The Bengals were able to land a 2021 seventh-round pick and interior offensive lineman B.J. Finney in the deal.

Analysis: The Detroit Lions felt like more help was needed on the edge outside of Trey Flowers, Da’Shawn Hand and others. Former Minnesota Viking turned Dallas Cowboy Everson Griffen was the perfect candidate. He has the versatility to play inside or out, which Matt Patricia likes.

The Cowboys received a 2021 sixth-round pick and clear half of his $6 million salary off the books.

Analysis: The New York Jets traded outside linebacker Jordan Willis and a 2021 seventh-round pick to the San Francisco 49ers in exchange for a 2022 sixth-round pick. The move comes in wake of San Francisco losing Nick Bosa and Solomon Thomas from its defensive front.

Analysis: The Baltimore Ravens needed more help along their defensive front. In order to address that need, the team sent a 2021 third-round pick and a conditional fifth-round pick to the Minnesota Vikings in exchange for defensive end Yannick Ngakoue.

Ngakoue has now been reunited with former teammate Calais Campbell in Baltimore.

Analysis: Defensive tackle Steve McLendon was sent to Tampa Bay in exchange for a 2023 seventh-round pick. The reason for the move was the loss of former first-round pick Vita Vea to a season-ending ankle injury earlier in the season. 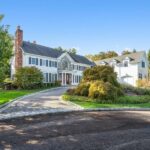 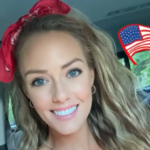