Steve Cohen has officially outrun A-Rod and Jenny from the block to purchase the New York Mets for $2.475 BILLION DOLLARS. Could have sworn owners have been whining about losing money during COVID, but Cohen seems just fine. New York Daily News reported that Rodriguez was making a “last ditch effort,” but we’re honestly glad that fell through.

The Mets released a press release soon after the deal was complete.

Official press release from the Mets on the sale of the team to Steve Cohen: pic.twitter.com/ZPXuGJIHT3

Cohen seems to be (somewhat) stoked to buy into the Mets and he gave a couple words following the sale.

“I am excited to have reached an agreement with the Wilpon and Katz families to purchase the New York Mets”, Cohen said in an interview with Mets media.

Aren’t we glad all the pandering to MLB owners Alex Rodriguez did during Sunday Night Baseball was all in vain? For a player who made $450 million during his playing career, him to pandering to ownership instead of the fans was a complete joke. Fair to say the fans don’t believe he deserves the opportunity to own any franchise. Let alone a storied team like the Mets in Queens, New York.

A-Rod can now focus on how he dodged a ban from baseball unlike Pete Rose who fights for the fan experience every year. From the sounds of his interviews, Mets fans should be excited the same way Clippers fan base was for Steve Ballmer. His wealth can only help invest in future rosters to come and his passion for baseball sounds the part.

How Much is Cohen getting?

Steve Cohen will own 95 percent of the team, with the Wilpons and Katz families retaining the other five. The only thing that stands in the way now is the approval of 23 of 30 MLB owners. Should be no problem there.

Mets announce agreement to sell club to Steve Cohen. According to Sportico, Cohen will own 95 percent of the team, with the Katz and Wilpon families retaining the other 5 percent. Next up for Cohen: Gaining the necessary approval from 23 of 30 owners.

Maybe some more teeth whitener would have done it for Alex? Exciting times ahead for Cohen and Mets fans around the world! 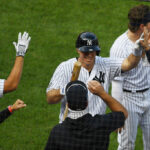 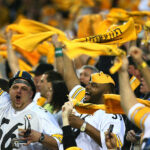