Stephen A. Smith has made a cottage industry out of trolling the Dallas Cowboys whenever they lose, and lately business has been booming. Last night, after the Cardinals drubbed the Cowboys 38-10, Smith shared a video that could’ve gone on forever:

Was there a game tonight???? pic.twitter.com/iFK1mgQAHl

Meanwhile, the Dallas Cowboys still lead the NFC East at 2-4. Someone from that putrid division might get into the playoffs at 6-10 or even 5-11. If it’s not the Cowboys, though, Stephen A. will be sure to remind us. 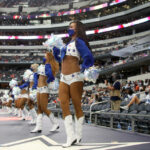 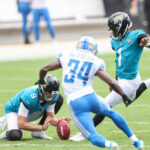