It was an awful year for Steph Curry and the Golden State Warriors.

Curry was hurt. Klay Thompson was really hurt. Kevin Durant left. The Warriors accepted reality and tanked the season, finishing with the league’s worst record and watching LeBron James and the Los Angeles Lakers emerge as champions once again.

This after the Warriors had been to five straight Finals and won three titles. They almost made us forget that other teams also played in the Western Conference.

Today, though, people are writing the Warriors off. Thompson was all set to return from a torn ACL, suffered in the 2019 Finals, only to tear his Achilles tendon in a workout last week.

He is out for the season once again.

As it stands, the Warriors sort of feel like Steph Curry against the World, and Curry is 32 years old, a guard and coming off injuries. Rarely are these the type of players who lead teams back to greatness.

Curry knows all this. He knows the Warriors are being labeled as a “has-been,” that everyone is saying this is the Lakers’ time. The Warriors’ time has past.

Curry will tell you that the Warriors still have Draymond Green and coach Steve Kerr. They traded for swingman Andrew Wiggins in February and small forward Kelly Oubre Jr. late last week.

Oh, and the Warriors also still have Curry. He appeared in just five games after suffering a hand injury last season, but he is ready to roll for training camp, which tips off Dec. 1.

“We know we can compete with anyone in the league,” Curry told The Undefeated. “It’s kind of crazy. We know how great Klay is. Don’t get me wrong. But we hear the chatter. ‘It’s the end of for us. This year is a wash. What are we going to do in the future?'”

Curry has been sort of a trash-talker, in a calm and collected and baby-faced way, since the Warriors began their runs to the Finals. He won his first title on Cleveland’s court. When he returned to the visiting locker room the next year for a regular-season game, he remarked: “Still smells like champagne in here.”

So it’s no surprise that he sounds confident now.

“It’s kind of refreshing being in that category as guys that are chasing,” he said. “We know [the Los Angeles Lakers] are the defending champs. We got to beat them. We’re ready for it.” 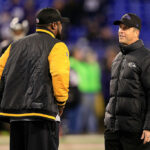 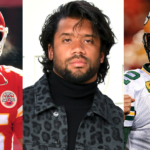