Now that it’s all said and done, maybe the Pittsburgh Steelers and their squad should have done a little bit more on the practice field this past week and not so much talking in the locker room.

The Steelers looked awful on Sunday night, falling in a home playoff game to the Cleveland Browns 48-37 to end their season, a season that started 11-0.

The team was a solid favorite to beat Cleveland, who had issues all week with COVID-19 issues, and didn’t even have their head coach in Kevin Stefanski who was back in Cleveland dealing with a positive COVID test.

One player from the Steelers who took front and center with his mouth this last week was wide receiver JuJu Smith-Schuster, going so far as to saying that Cleveland was just the “same old Browns we play every year.”

The Browns used JuJu’s words against him, using it as motivation to come out and lay an early knockout, building a 28-0 lead before eventually hanging on for the 11-point win.

After the game a number of Browns mocked the Steelers wide out, who could be a free agent this March if the Steelers don’t make him an offer.

Smith-Schuster drew the ire of not only the Browns, but other teams as well for his antics of dancing on the 50-yard line on various teams’ logos prior to the game.

No matter, Smith-Schuster was still as brash as ever after the game Sunday night, going as far as saying he does not regret the comments from last week which seemed to tick the Browns off.

“I don’t regret saying what I said. They came out … today wasn’t our night,” Smith-Schuster said according to Brooke Pryor of ESPN. “Hopefully, the same Browns show up against the next opponent and do what they did tonight and have a great game.”

That next opponent for Cleveland will be the Kansas City Chiefs, a team that many felt the Steelers would eventually play in the AFC Championship Game after they started the season 11-0.

Now, just a month after they earned that 11th win against no losses, the season for the Steelers and Smith-Schuster is over, a stunning finish to a team that looked like it had it all going their way.

Sunday the team committed five turnovers and found itself down 28-0 before it could really ever find its footing.

“It was, ‘What more bad things can happen to us?’ It was, ‘We’ve got to make a play,’” Smith-Schuster said of his first-half mindset.

“(Quarterback) Ben (Roethlisberger) was calling plays to make it happen … we couldn’t make it happen. Our guys did not quit. We fought to the end of the whistle. We played our ass off.”

They may have not quit, but it was clearly not enough to avoid the shocking loss at Heinz Field. 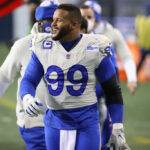 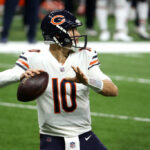