There’s a video going around today of a Steelers fan running a ladder through his television after the Browns lit up Pittsburgh 48-37. I hate to rain on the parade here because I really love watching Steelers fans melting down, but it looks like we might have ourselves a staged ladder-through-TV video.

The original poster, Relly Rell, calls himself a comedian/recording artist from Western New York, and he appears to have finally hit the viral jackpot with his ladder video. I so want this to be real, but after going through Rell’s material, it feels like that ladder was planted in the house to gain some clout or whatever they call it.

Relly’s definitely a Steelers fan, but I just can’t buy the anger part in this one, especially with the way the tweet was presented. A truly angry fan wouldn’t need to beg for retweets. A legitimately angry fan would ram that ladder through the TV and then say something like: “I’m fed up with JuJu’s s–t. I’m fed up with Ben throwing INTs and ducks 20 yards down the field, and it’s time to break up this team.”

You guys make the call here. Seems fake to me, but I’ll go with it to have some fun. 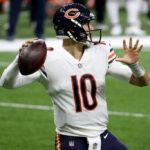 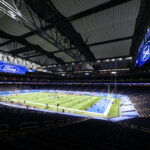