Another great week of questions for the OutKick Media Mailbag. Thanks to all the readers who sent in.

“Mailbag Q … who are some people in sports media who have stood out the past few crazy months? So much uncertainty, madness and shows being done from home. Not looking for top superstars.”

NBA media was most impacted by the pandemic, having to spend months in the Orlando bubble.

Speaking to sources around the industry, Chris Haynes and Malika Andrews are the media winners.

Haynes came into the bubble an established NBA insider. But his work with TNT, which included appearances on Inside the NBA, significantly elevated him.

Haynes, unlike most NBA reporters, is good on TV. As the NBA’s second broadcast partner, TNT has long needed a news-breaker on its airwaves. Next season, the network should look to utilize Haynes frequently.

ESPN has big plans for Malika Andrews. Her role on the sidelines and SportsCenter wasn’t a blip. Moving forward, I expect Andrews to have a featured role on ESPN’s NBA programming.

Yahoo’s Vincent Goodwill had the break of the bubble. In early September, Goodwill reported it became an “open secret” around Orlando that Miami and Toronto emerged as frontrunners to sign upcoming free agent, Giannis Antetokounmpo. Goodwill’s report quickly spread across the web.

Football season always bolsters a select few talents. As OutKick reported, NFL Network locked up Tom Pelissero to an extension this summer. Pelissero has had a strong start to the season. Whether it’s solo reporting or with Ian Rapoport, Pelissero’s reports are in the conversation. In addition, he recently appeared on The Herd and Pat McAfee Show, expanding his exposure.

Jac Collinsworth is a promising addition to NBC’s programming. ESPN doesn’t have an NFL host of the future, yet it let Collinsworth slip away. With Collinsworth and Liam McHugh, NBC’s NFL studio show is well equipped to remain strong when Mike Tirico moves to the booth.

Finally, Kevin Clark has emerged as a strong podcast host. Each Monday, Clark hosts the Ringer’s NFL show, which specializes in next-day discussion.

“In your opinion, does the NBA embracing politics knock it off the block of the major pro sports in America even now that Adam Silver has completely backtracked on it? Basically, will the NBA survive this, or is the damage too much for their league to overcome?”

LeBron James’ decision to inject radical political views into the identity of the league ruined the NBA. But does it knock it out of the “major pro sports in America” category? No, because the category is meaningless.

MLB, NFL, NBA, and NHL are considered the “Big 4.” What does that mean? Aside from qualifying as professional team sports, the four have little in common in revenue, interest, viewership, coverage, and reaction.

The NFL is in a league of its own at the top.

The NBA’s status was grossly overblown. Sports media and Twitter ignored the numbers and placed the NBA next to the NFL. Both want the NBA to be No.1 because it best fits the political beliefs the two industries aggressively promote. But the NBA is not in the NFL’s class. Actually, it’s not even second.

MLB is more popular. It dominates the NBA locally, reaches a greater number of viewers, and is more lucrative.

According to Sportscasting, the NBA makes $7 billion a year. MLB makes $10 billion, trailing only the NFL’s $13 billion.

College football ratings also demolish those of the NBA.

Regular season basketball ranks somewhere below the WWE and ahead of AEW. And now, the playoffs are losing to cable news shows that air five days a week.

Furthermore, the NBA’s popularity is tied to individual players. The league saw a tremendous drop when Michael Jordan retired.

Americans are not tuning in on a macro-level to watch NBA teams, but there is a lot of interest in stars and storylines. Thus, when the NBA’s top draw, LeBron, became an off-putting partisan, the nationwide appeal plummeted.

Is it a top-four major sport? Sure. But what is that worth?

As former Dallas Cowboy Bobby Carpenter said in an interview with OutKick: “Nationally, most sports fans want the NFL, college football, and major events. Until this season, the NBA produced a few ‘events’ each year with late-round playoffs and the Finals.”

The question is, has the NBA limited its reach to a small, extreme group of fans? I think so.

Last Dance has become even more of a ratings bonanza for ESPN when you count later viewing. pic.twitter.com/U3916MSYwr

In other words, substantially more viewers watched The Last Dance than the NBA Finals.

If only original viewing is counted, the Finals barely beat the doc. And that doesn’t make the NBA feel good. It’s embarrassing that the NBA’s top player and franchise on ABC can only average a bit more than a docuseries on cable TV.

What does it mean?

The Last Dance‘s viewership proves Americans still want sports. Sports. The Last Dance was that, an escape from the pandemic. Michael Jordan has always been a refreshing distraction.

LeBron is a reminder. His comments, actions, and ignorance are actually more extreme than most news broadcasts. That’s the difference.

Sports fans didn’t just decide they didn’t like basketball this season. The Last Dance showed that there’s still the appetite for it. The politics, slogans, shaming, and misinformation of LeBron and the NBA led them away.

NBA executives would prefer its 2020 chapter led with The Last Dance, not LeBron and the Lakers’ bubble run. 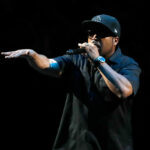 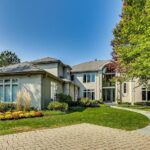