BRISTOL — It’s almost like something out of a weird movie as you weave your way underneath the massive Bristol Motor Speedway, making your way into the infield. Outside the stadium a gathering of fans wait on their favorite driver to walk through the tunnel, just so they can get a quick autograph. Everything that embodies this racetrack is special, even if you’re on the outside trying to look in.

The fun starts when you turn onto Bristol avenue and you see the numerous tents set up selling the latest merchandise, even though it’s not “team official.” Making your way down the stretch that houses thousands of campers and tents set up for fans who have decided to make a whole weekend out of this event. You can’t miss the condominiums that sit right across from the speedway, with flags hanging over the balconies of their favorite drivers, some with interesting phrases. 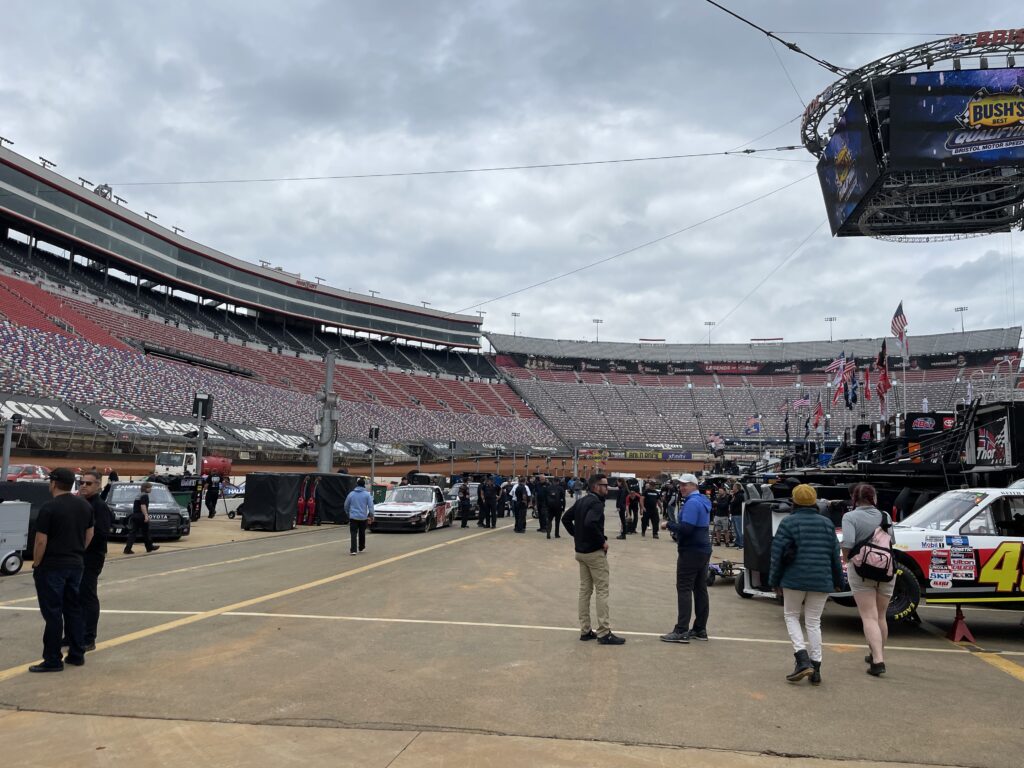 It’s hard to fully explain what it’s like when you come off the highway and see this massive stadium in-between the mountains that surround it. It’s almost as if you just walked into a different world, which you did, but just don’t know it yet. The weekend will bring something different for race fans, which is the track the drivers will be racing on. Once again, Bristol has turned this into a dirt track, bringing to life an idea that was first introduced in 2021, with Joey Logano taking the checkered flag. 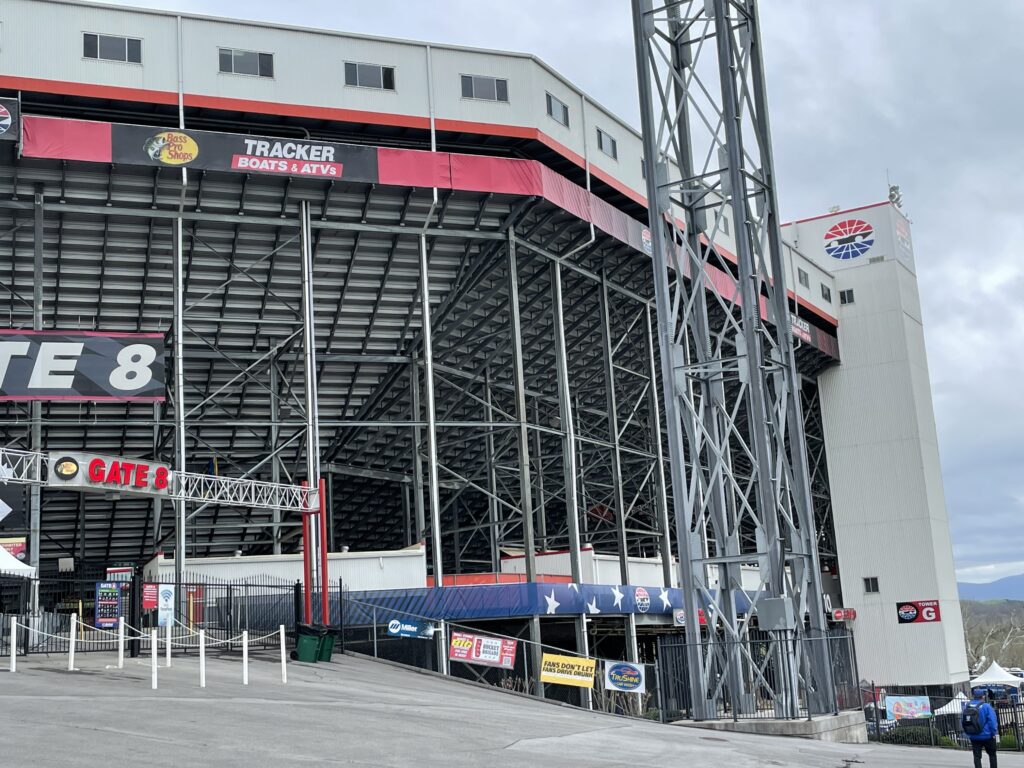 So they decided to do it again, this time on Easter Sunday and putting it at 7 pm ET to wrap up the holiday weekend. But walking around the track on Saturday afternoon, it’s not hard to see why folks take the opportunity to experience this type of event. Whether it’s a fan wearing a Chase Elliott shirt or a vintage Dale Earnhardt jacket, you get an appreciation for the wide variety of fans. I couldn’t help but notice the group of fans chugging beers with a funnel outside inside the campground area, symbolic of what’s to come over the next two days. 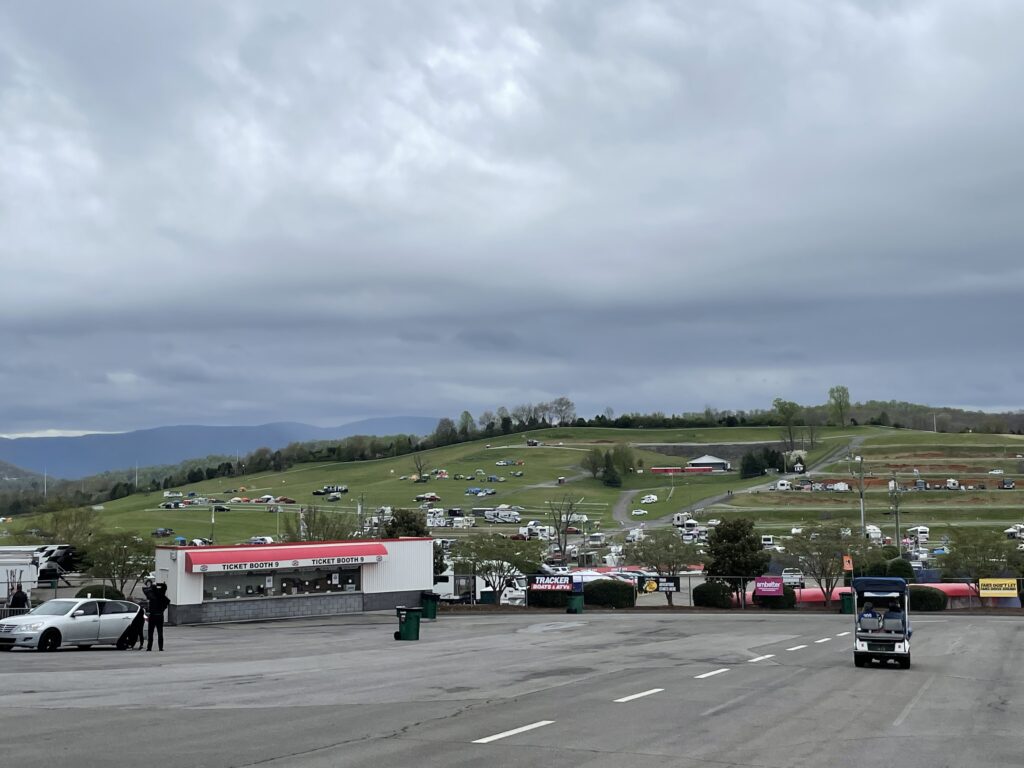 Back to that tunnel, that takes you under turn three and out into the infield where the sound of engines is already blasting with the NASCAR trucks going through inspection. You get a feeling deep inside your bones that you’re a part of something pretty special, knowing how crazy this “colosseum” will be with haulers stacked throughout the infield and drivers champing at the bit to get going. 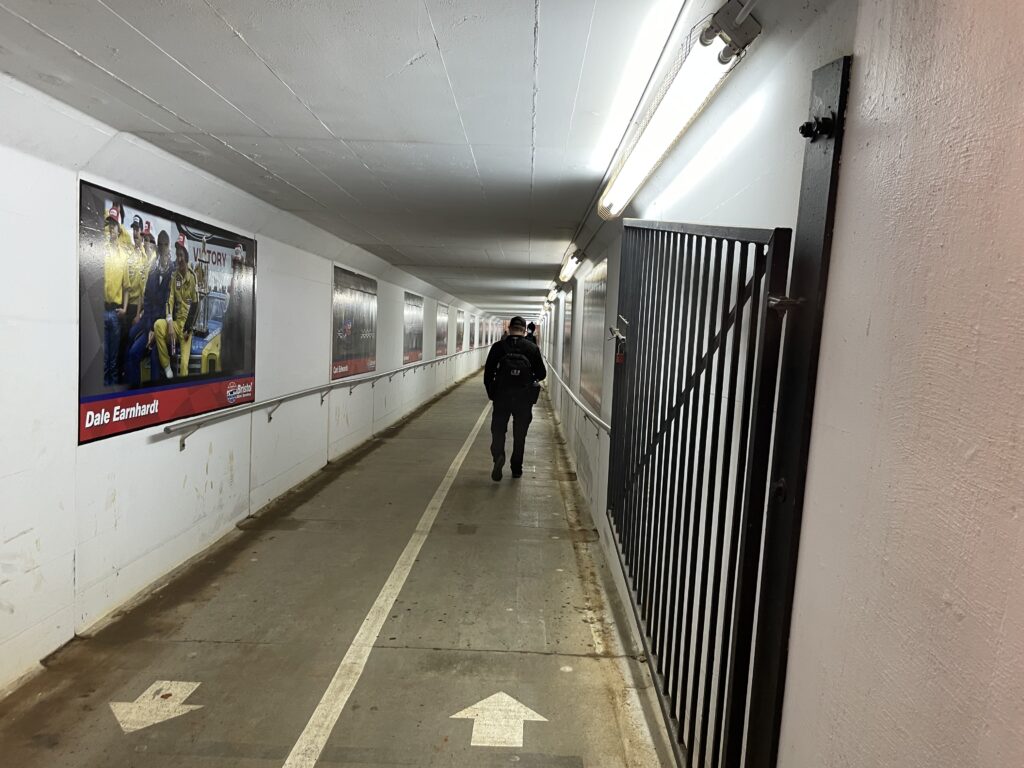 It’s the fans that make this place special and the campgrounds are filling up. The line outside the local Dollar Store should’ve been a clear indication of how crowded this place will get this weekend, which should excite the racing officials counting the money after the weekend concludes.

There isn’t a track like Bristol on the NASCAR circuit, but putting it on dirt just makes it even cooler.