SoFi Stadium’s big debut over the weekend featured a $15 square slice of pepperoni pizza that took all the headlines, but longtime Los Angeles sports reporter Arash Markazi says the food situation in the $5.5 billion stadium goes deeper than the terrible pizza.

Monday, Markazi posted photos of the SoFi Stadium marinara pizza, the basic hot dog, the cheeseburger sub and the veggie burger sub, and let’s just say the Rams’ new home sure isn’t winning many culinary awards with what Markazi’s showing off. Back in June, California newspaper the Daily Breeze, chomped down on SoFi offerings at a media taste testing and called the cheeseburger sub and the veggie burger “standouts” from the Fairfax restaurant inside the stadium.

The cheeseburger sub “is pretty much a long cheeseburger that’s simple and classic. American cheese tops a beef patty with pickles, ketchup and mustard between a potato bun. It can be split in two for those with lighter appetites or easily devoured by a hungry burger lover,” the paper wrote.

Now take a look at Saturday’s version of the cheeseburger sub. I can’t tell if it’s the left or right photo provided by Markazi.

There was a lot made of the $15 pepperoni pizza at SoFi Stadium but it was a bigger issue than that. The prices and appearance of many of the food options at the stadium left many fans upset. Here's a look at the Hot Dog, Marinara Pizza, Cheeseburger Sub and Veggie Burger Sub. pic.twitter.com/xUNiN085AJ 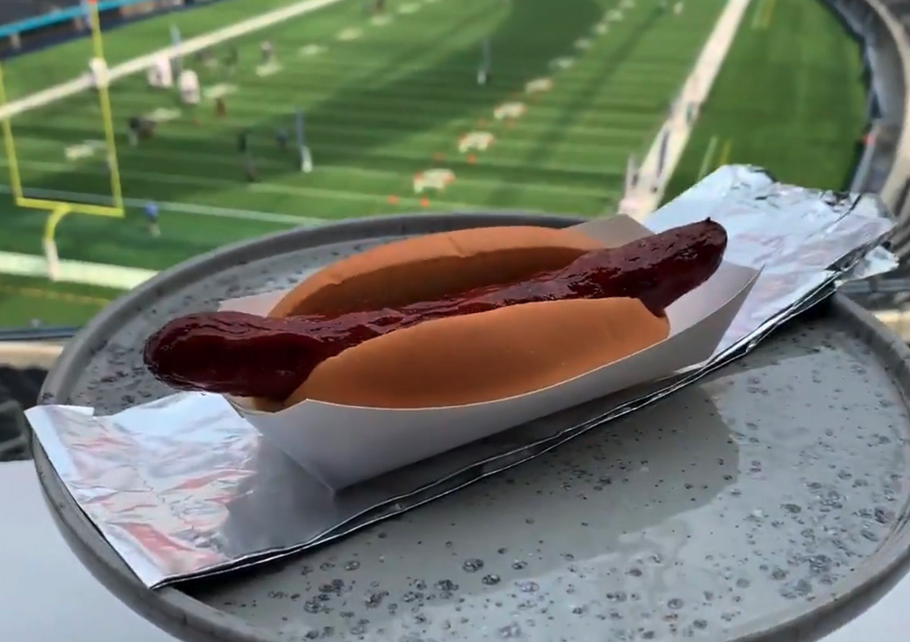