This is the last year that Eric Bieniemy will be the offensive coordinator for the Kansas City Chiefs. Andy Reid — and his underreported — new, six-year contract all but seals that fate.

Earlier this week it was reported the team and the coach agreed to the deal, though nothing was signed, keeping one of the best coaches in the game alongside a franchise that has been getting things done with many of its key players.

Reid commented that having everyone locked up for the long term was vital for the organization.

“Continuity with players and coaches is great. I mean, that’s great,” Reid said. “But the bottom line is everybody has to work. All the contracts, all the money aside from whomever — it doesn’t matter, players or coaches. It’s how you handle yourself in the sport. And how you attack it. That’s where our primary focus has been throughout this.”

Continuity for this season, for sure, but as the Chiefs look like front runners again, it will mean that the continuously elevating profile of Bieniemy will (finally) land him a head coaching job.

Bieniemy was tied to the Giants and the Bengals as well as being the frontrunner for the Colorado head coaching position. He didn’t land either NFL spot, and withdrew from Colorado to return to the Chiefs.

With most of the NFL turning over its coaches in the last three seasons — and many other positions having stable positions — there are three logical landing spots for Bieniemy in this next cycle.

Where Could Bieniemy Land?

Atlanta: The Falcons have been a disappointment for the last several seasons and Dan Quinn was on the hot seat over the course of the last two years. Quinn has a contract through the 2022 season but that will not matter if the team limps to another finish this year. It would also make sense to bring in an offensive mind to replace a defensive coach as often franchises want to give a new way of thinking.

Jacksonville: The Jaguars have been abject failures under Doug Marrone since the stunning run in the playoffs a few seasons ago. This year is going to put that season so far in the rearview it might as well be out of sight. The front office has traded a ton of players, it is looking like a ‘Tank for Trevor’ is in full effect, and the team has 11 draft picks (at present) for next year. Marrone is also only signed through the 2021 season. Pairing an offensive mind like Bieniemy with Lawrence could be a way to set the franchise on the fast track.

Los Angeles Chargers: Anthony Lynn has not been bad during his time with the team but he could be replaced if this season is not up to par. He signed a one-year extension to keep him from being a lame duck going into this campaign so moving on from that could be easy for the front office. Like the Jaguars, the Chargers have a young quarterback that could benefit from Bieniemy. 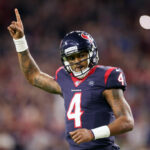 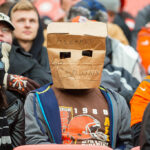