Former NBA guard Nate Robinson was no match for YouTube star Jake Paul in the ring. So San Jose Sharks winger Evander Kane is now calling on Paul to try picking on someone his own size.

More specifically, Kane told Paul to meet him in the ring Aug. 31 in Las Vegas.

Paul, 23, is 6-foot-1. Robinson, 36, is 5-9 on a good day. So Paul had reach, age and just general athleticism on his side when he brutally knocked the ex-Knick out in the second round of their cruiserweight bout Saturday.

Kane, 29, is 6-2. So unlike Robinson, Kane can at least look Paul in the eye. Kane is also no stranger to mixing it up. Besides playing hockey, he had a couple of run-ins with the law involving assault and general confrontation back in 2016.

Kane is not alone in his bitterness about the Paul win. For whatever reason, a lot of people seem angry that Paul took care of business so quickly and easily.

But he did so within the rules of boxing. He was a pro’s pro about it afterwards, too, offering words of respect to Robinson.

So what’s there to be upset about?

Sounds like this is nothing more than Kane wanting Robinson to win, and then getting fighting mad watching Robinson get completely dominated. In this way, Kane is just like most sports fans who can only sit idly by when their rooting interest falls to the canvas.

He should be careful, though. Paul isn’t in this just for the celebrity of it.

“I’m taking this seriously,” he said. “I have a long list of opponents I want to fight. Conor McGregor, Dillon Danis — I will knock both of them out.” 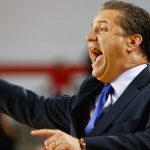 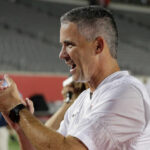