Dancing With The Stars has a unique ability to grab any star to join their show. That is, until Shaq closed the door in their face. The Hall of Famer’s personality would be a perfect fit, but he explains why he won’t join the show.

#Shaq Says He Would Never Go On ‘Dancing With The Stars’ https://t.co/3y1cETYuTs pic.twitter.com/cAANnyCj0k

We’ve seen NFL players like Tony Gonzalez, but never an athlete over 7 feet tall and weighing 300 pounds. Shaq can still move his feet though. He gave us a sneak peek with his Jabbawockeez collaboration in 2009:

There will never be a better All-Star entrance than Shaq and the Jabbawockeez in 2009 pic.twitter.com/eUCzO2Vz76

Maybe this means O’Neal just needs a sweetener to join the show. Nerves have never been a factor for the Big Diesel, so he seems genuine when he says innovation is his thing. If he wants innovation, then production needs to get creative. No one’s ever walked out with a dance crew like Shaq in ’09, and that’s why he did it. Give Shaq something no one else has had in DWTS, and we just might get him to sign on. 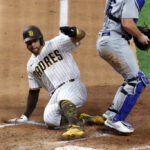 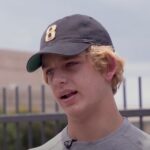