The French Open was never going to happen for Serena Williams. The cold weather, the slow, wet clay surface, and a 39-year old mind and body that weren’t ready for this and never will be again.

Williams dropped out of the tournament Wednesday before her second-round match with Tsvetana Pironkova, citing an Achilles’ tendon she said she hurt at the U.S. Open three weeks ago.

“I was able to get it somewhat better,’’ she said at a news conference at Roland Garros Wednesday. “But just looking long term in this tournament. . . . Will I be able to get through enough matches?’’

Let’s be clear about what she just said: Williams could have played. She chose not to because the grind of six more matches at the French Open, the most grueling major, was going to be too much.

That’s not to say she isn’t hurt at all. Yes, after the U.S. Open, I said she had faked the injury. I’m not in her mind, but at the very least she heavily exaggerated something minor as gamesmanship to try to turn the momentum around in her semifinal loss to Victoria Azarenka in New York.

She took a break during that match and called out a trainer who looked at her. Just before that, she had been screaming during the points to try to intimidate Azarenka. That didn’t work. Williams was in do-anything mode, and it is a common thing for players to fake an injury to slow down an opponent.

After her match in New York, Williams said her Achilles hurt only briefly and didn’t affect her other than on one point. Her story has changed since then. Coming into Paris, she said she was good to go and had been training with her coach on the red clay. She said that no athlete is fully pain free.

True enough. But then, she talked about how her Achilles needed prayer.

Pironkova on clay is exactly the type of physical and mental beating that Williams did not want to take. Pironkova runs everything down, keeps the ball in play and makes you hit more and more shots. With the cold late-September air — the French Open was moved from spring because of COVID — and slow surface, the ball gets heavy and slows down and it becomes nearly impossible to pound out winners the way Williams likes to play.

She might have been on that court for three hours. And if she had won? Five more matches to go to win the title.

“I’m struggling to walk,’’ Williams said. “So that’s kind of a telltale sign that I should try to recover.’’

No reason to over-dramatize, Serena. You put too much of a beating on your body here for a tournament you weren’t going to win, and that might carry over and hurt your chances in Australia in January.

The clock and calendar have become Williams’ problem more than the Achilles. By the time she gets to Australia, it will have been four years since her last major title. Time, her body, her age, her nerve. Eventually, it all wraps up into one even for the greatest players, such as Williams.

She has won 23 majors now, and is one short of the record held by Margaret Court of the 1960s and 70s. Realistically, she’ll have a shot on the hard courts in Australia,  then not-so-much at the 2021 French, then real shots at Wimbledon and the U.S. Open. Maybe those same three tournaments the following year when she’s 40.

And that’s about it. That would be six more chances to get the record, with the likelihood of winning slipping more and more each time.

Williams can keep going the way she is, somewhere between the fifth and 10th best player in the world, and probably never catch Court. But if she really wants this, then she’s going to have to get into the best shape of her life. She isn’t there now.

It’s really a choice for her now, just like it was to drop out Wednesday. 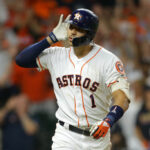 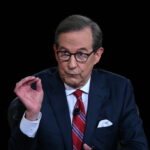