The SEC is releasing their whole football schedule today. The first nibble for Week One came on the Paul Finebaum Show on SEC Network: 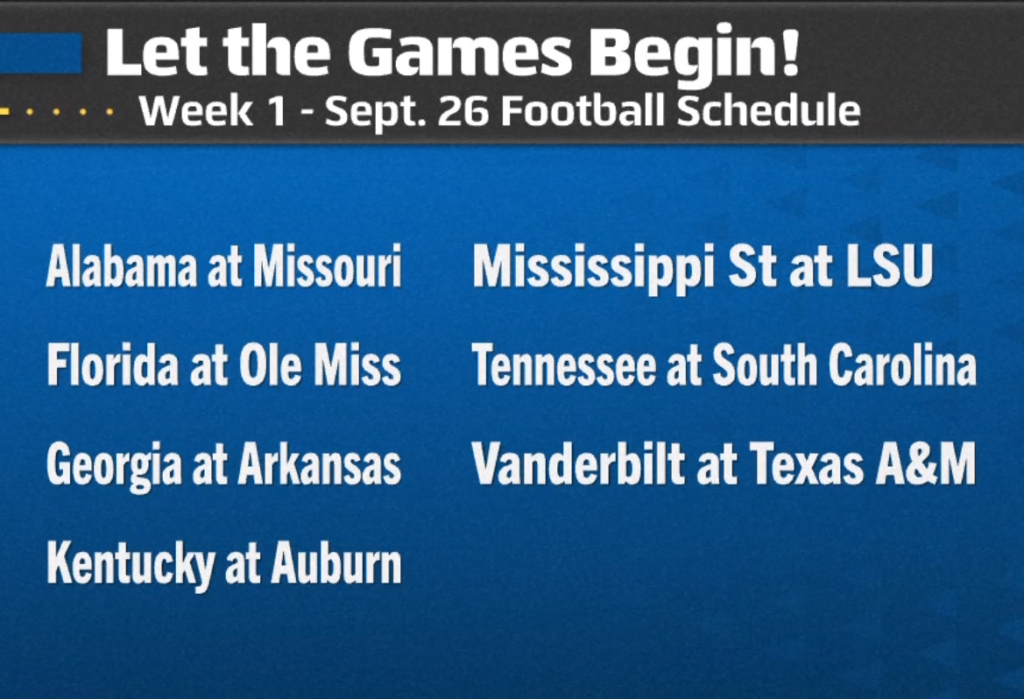 The two most intriguing matchups here involve the two new coaches in the state of Mississippi. Lane Kiffin gets a challenge in facing Florida, and so does Mike Leach in facing the defending national champions on the road at LSU.

The rest of the schedule will be released on SEC Network at 7pm ET.