We are in the middle of another glorious football season here in the south. Winning the conference title is still a possibility, and we grind every hour at work hoping to skate by until game day. While it simply doesn’t get any better, we have to start thinking about the inevitable end of the season and prepare quality programming for the SEC network to air year round. Here are four ideas for the long spring and summer months that await us after the pigskins stop flying.

My criteria is as follows:

-How funny it would be if the SEC Network actually made this.

-Wow this coach looks a lot like the original actor.

-Oh my god this show could make millions.

With that in mind, here we go. 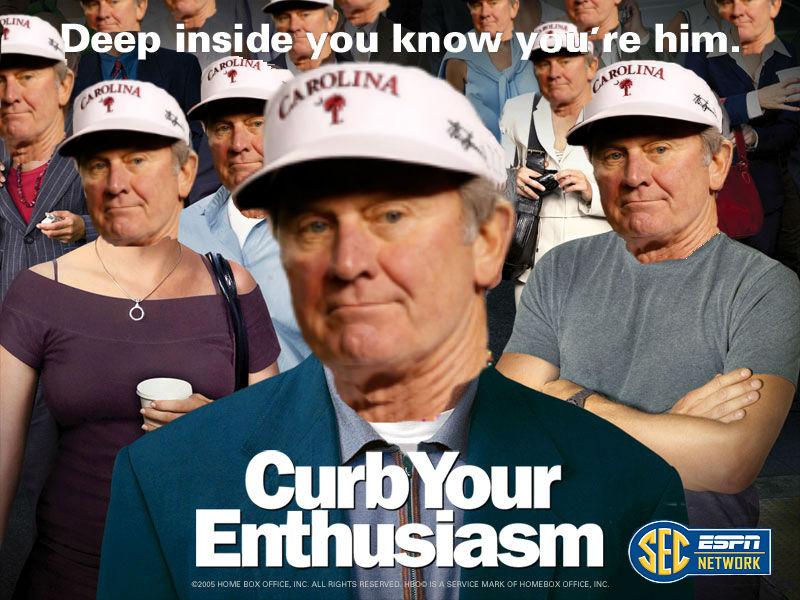 This would be a reality show where we follow the Ol’ Ball Coach around and observe how he reacts to everyday situations. Spurrier would give suspected liars the “Uh-huh….OK…” glance, get upset about an “anonymous” USC donor bragging on his own donation, and be the undisputed bingo champion of the world. We would interject occasionally to place him in situations where hilarity would ensue, such as refusing to give him extra napkins at a restaurant, but even good things in life piss him off so less is more. If possible we will absolutely get J.B. Smoove to move in with him. 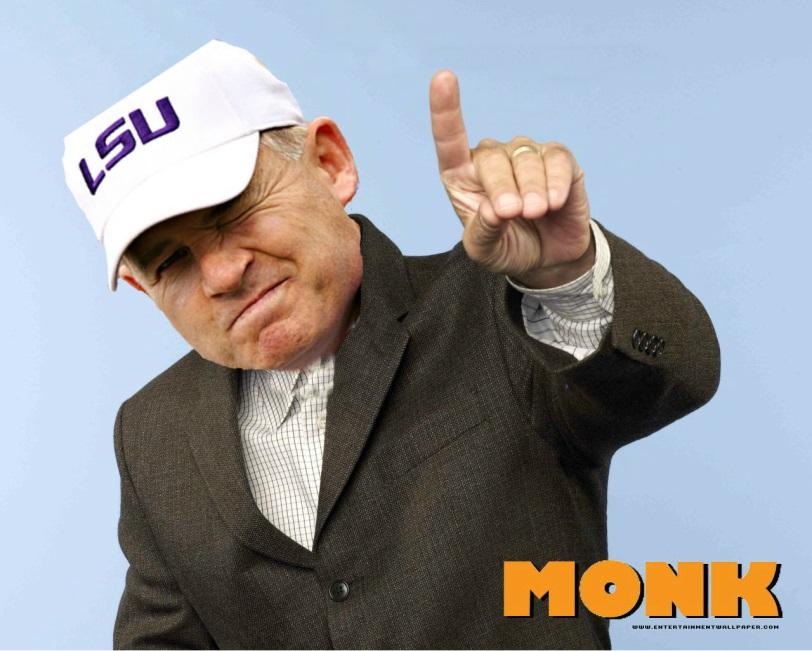 Has anyone noticed Les Miles looks like that guy from that TV show I never watched? Apparently Monk was a comedy-drama about a detective whose OCD and irrational fears resulted in comical moments during his work. Replace “detective” with “coach” and “OCD” with “habits” and you just described Les Miles’ life. To make this happen, we will leave clues to random mysteries. For example, the case of “Who Put the Empty Fruit Loops Box Back in the Pantry?” This puzzle will take him 3 hours to solve because he will start with Einstein’s theory of relativity while chewing on Bermuda grass to track down the culprit. The investigation will lead you on a seemingly hopeless journey only for Les to solve the case in the final seconds of each episode. Each mystery will tie into the season finale where he uncovers Tupac’s murderer.

3. Will Muschamp was Texas’ coach-in-waiting, and Charlie Strong was supposed to replace Urban Meyer at Florida until Mack Brown devised a plan for them to trade places. 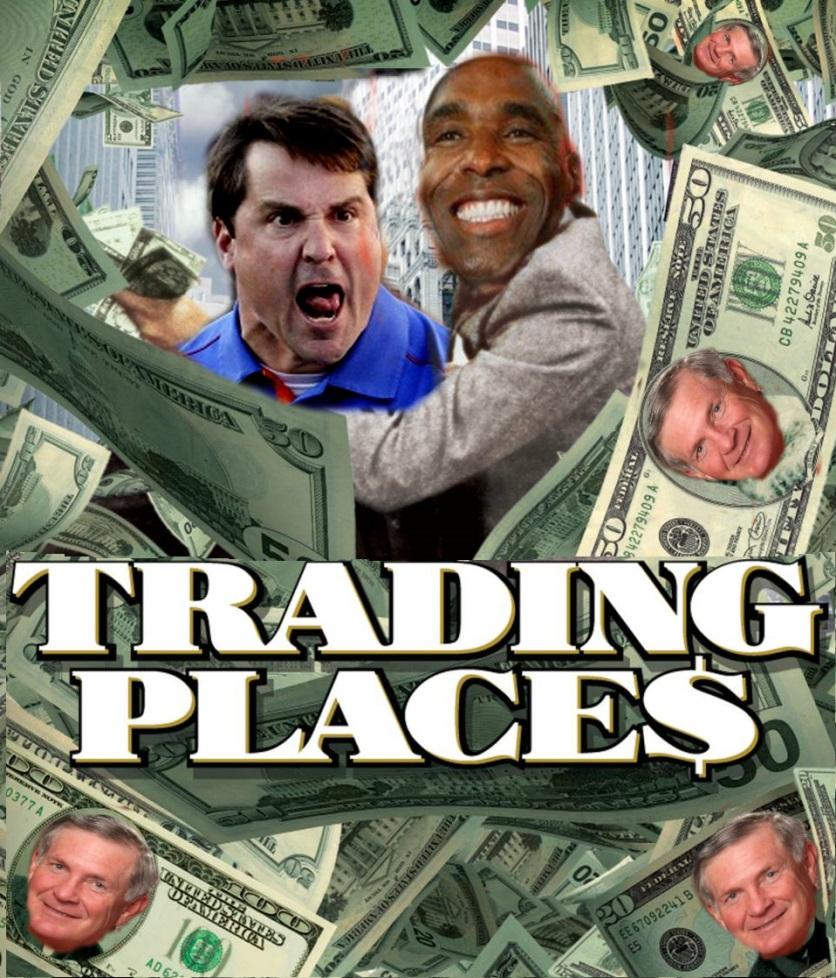 Dan Aykroyd is Muschamp. The resemblance is uncanny.

Our first film project will utilize both the SEC Network and the struggling Longhorn Network to cover a real life story that no one was aware even existed. The premise for the movie is to switch Strong and Muschamp back to their rightful schools after this season and release the secret footage we’ve been recording for the past year. Remember when Texas and Florida were yearly national title contenders pre-2010? Mack Brown made a bet with Urban Meyer that you could take a Texas high school QB-led spread offense to the SEC and destroy teams, and Urban Meyer claimed the Big 12 didn’t know SEC speed defenses. Thus the secret bet was made and plans put into motion for the 2014 season where coaches who didn’t belong tried to overcome their differences. We will all learn something from this movie, but the real fun comes after the switch when the 2015 season proves both teams are terrible unless they let criminals play. 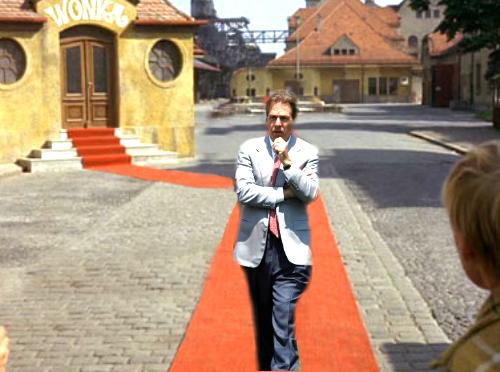 This brings us to our feature presentation. Inside 5 randomly-selected Wal-Marts across the state of Alabama are 5 tickets to tour Saban’s secret underground football headquarters at an undisclosed location. There each fan will have unprecedented access to Saban’s “process” rooms, which rigorously analyze any game film to diagnose effective strategies for complete annihilation. Fans will also see Nick’s master bedroom complete with the coffin he sleeps in, indoor lake stocked with dolphins to spear in spare time, and of course the surveillance room used to monitor all internet message boards, 5-star recruits’ Facebook pages, and the NSA. One lucky fan will be chosen at the conclusion to lead the team out of the tunnel at the Iron Bowl.

The catch? Every contestant will be tempted by the scheming Lane Kiffin. 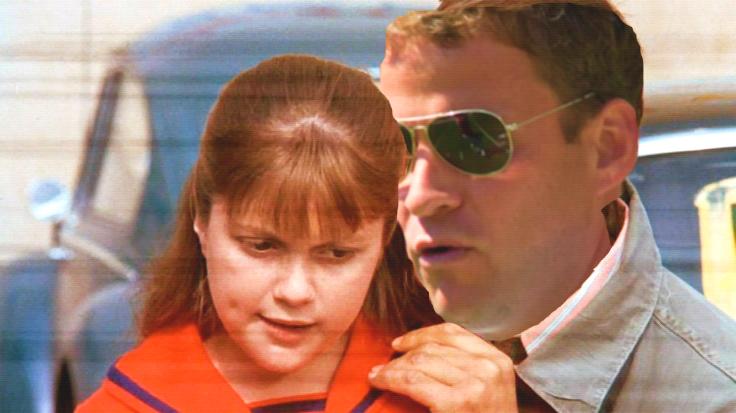 Every Alabama fan knows they can’t completely trust Kiffin. He will try to persuade even the most loyal fans to switch allegiances to whatever school he is at that year, with promises of singing victory songs all night after road games and talks of his current school being his dream job. All contestants have to do is sneak pictures and video of Saban’s “process” room so that together they can formulate a team capable of defeating opponents no matter how many seconds are left on the clock. Is Kiffin a double agent trying to weed out the traitorous Tide fans for Nick Saban? Or is he Lane Kiffin?

Watch all these projects and more coming this spring on the SEC Network.