The ACC made the decision earlier this week to cancel the final regular season games for Clemson and Notre Dame. The reason? According to the conference, it was to “preserve the integrity” of the ACC Championship Game.

But we all know the truth. It was to give the ACC a better shot at getting two teams into the College Football Playoff.

The decision has been scrutinized by some, but it was ultimately a business move. And as of right now, the SEC will not follow suit. On Wednesday, commissioner Greg Sankey responded to the decision by the ACC.

“I was surprised to see the announcement [Tuesday]. It begs one question: If their two most highly ranked teams were, for instance, [ranked] five and six in the CFP Rankings, would this decision have been made?

“We committed to playing a 10-game schedule, which is certainly unique to see some other decisions this week, where they indicated one direction and they changed at the last minute. We’re still moving forward with the opportunity for all 14 of our teams to play 10 games.”

It sounds like the SEC will finish its schedule in normal fashion — or as normal as possible. But … what if they didn’t? What if the SEC decided to one-up the ACC to ensure two teams in the Playoff?

It’s actually a plausible scenario, too.

Let’s say Alabama finishes the regular season with big wins over LSU on Saturday and Arkansas on Dec. 12. That is an undefeated Crimson Tide squad that is currently ranked No. 1 in the country. Included on the resume are wins over No. 5 Texas A&M, No. 8 Georgia and Auburn.

What else does Alabama have to prove? The answer is nothing.

If people are arguing a 4-0 Ohio State team without a conference championship should be a Playoff team, why can’t we say the same for the 10-0 Crimson Tide with two top 10 wins? In theory, Alabama could skip the SEC Championship Game and still get in.

If the Tide chose to forgo participation, it could also allow No. 5 Texas A&M an opportunity to play No. 6 Florida in the championship — and a shot at a second Playoff spot. Is that how it would work? Not entirely sure, but we are having fun here.

Let’s say that happened and the Aggies were able to play the Gators. At that point, a one-loss SEC champion is undoubtedly getting in, and whether we want to admit it or not, so would Alabama.

Some people might find this scenario outlandish and improbable, and those people would be correct. But the ACC sent college football down this path with its decision to lighten the load for its contenders.

And if they wanted to, the SEC could take it a step further and trump everything the ACC has put in motion. I mean, it’s never going to happen. Nick Saban and Alabama would never agree to it, and neither would Sankey.

But it would be hilarious to see the ACC’s reaction. Checkmate. 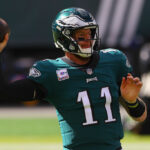 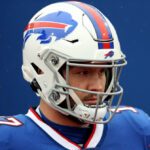