The Southeastern Conference announced on Tuesday morning that the start time for the upcoming LSU-Florida game was being pushed back. Instead of the game starting at 3:30 pm ET, it will now have a kickoff time of 4:00 p.m.

FB GAME TIME CHANGE: The LSU at Florida football game Saturday in Gainesville will start at 4 pm ET/3 pm CT. The game was originally scheduled for 3:30 ET/2:30 CT. The game will still be televised by ESPN.

As of now, it has not been revealed why the game is being pushed back. As the tweet notes, the game will still be televised on ESPN.

This game has lost some steam since the start of the season. LSU is 1-2 on the year and is coming off of a 45-41 upset to an unranked Missouri team last Saturday. Florida just dropped its first game of the season in a 41-38 loss to Texas A&M in College Station.

After that loss, head coach Dan Mullen announced that he wanted The Swamp to be packed for the game against the Tigers. The recent decision to open up the state of Florida by Governor Ron DeSantis makes such a wish possible.

Is it likely? Unfortunately, no. The University of Florida has pushed back on that idea.

The Gators are currently a 14-point favorite over the Tigers, but with the way Myles Brennan and the rest of the LSU offense have come on in recent weeks, it still should be quality game. At least we hope so. 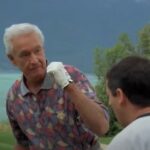 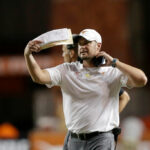