The person in the Seattle Kraken marketing department who put Shawn Kemp in the smallest shirt they could find needs to stand up, be accounted for, and offer a public apology to the Seattle great. I’m not typically a supporter of dumb apologies — like NPR apologizing to some ESPN reporter for mistaking her for Maria Taylor — but this is Shawn Kemp we’re talking about and the shirt he wore Wednesday night to announce expansion draft picks just wasting fair to the big man.

The guy is 6’10 and clearly well over three bills. The Kraken have fans bigger than that, even though it’s Seattle and everyone is rail-thin because they bike and all that. A quick search of the Kraken team store reveals that they’re selling 5X shirts. That’s right FIVE Xs!!!

And yet they put Kemp into a medium that he then put over another shirt. This was a complete disaster by a rookie Kraken marketing team that should’ve had Kemp measured to get him the perfect fit.

They couldn’t have gotten Shawn Kemp a bigger shirt? pic.twitter.com/Q5j6MB6wcN

My guess here is that some Kraken marketing nerd had playing weight Shawn Kemp in mind when he/she picked out the shirt to have him wear. The guy hasn’t seen a minute of NBA action since 2003 when his career came to an end with the Orlando Magic. We’re talking about a 51-year-old who has like seven kids. We’re talking ice cream nights, hot dogs off the grill that aren’t going to waste.

Someone inside the Kraken front office doesn’t understand the retired dad lifestyle and they did Kemp dirty Wednesday night. As for the team’s draft picks, here’s who will be moving to Seattle to play some hockey in 2021-22. 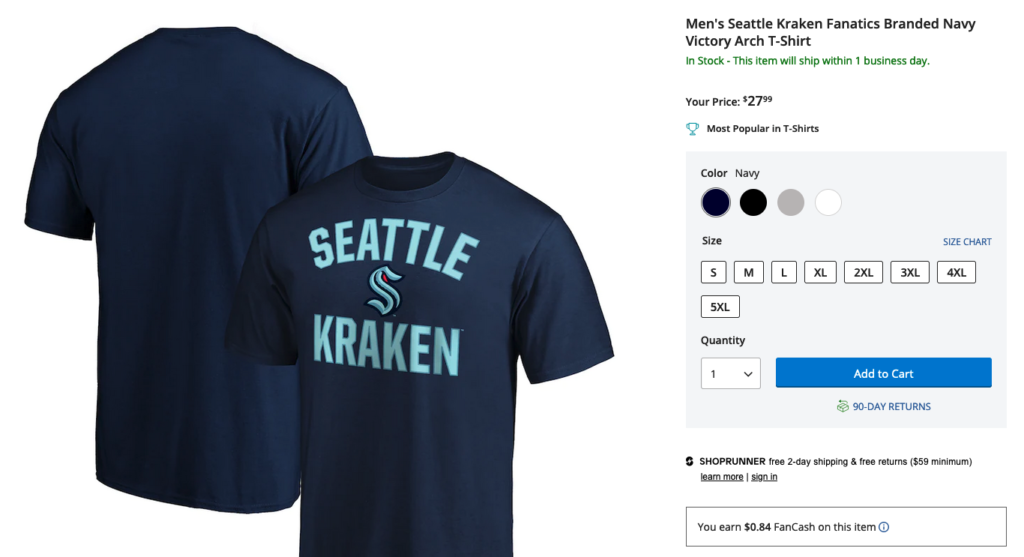 What did Shawn Kemp do to deserve this? pic.twitter.com/ml45zMg0Cm