The Seattle Seahawks have cut rookie cornerback Kemah Siverand after he was caught trying to sneak a female into the Seahawks hotel, according to NFL.com reporter Tom Pelissero. The woman was reported wearing Seahawks team gear as a disguise to look like a player but was caught in the act.

Siverand was waived after signing as an undrafted free agent out of Oklahoma State where he played 26 games over two seasons.

Yes, we need a surveillance video of this bust going down. Stay tuned. I’ll do my best to effort Kemah and try to find the woman to get a comment.

The woman was wearing #Seahawks gear in an attempt to disguise her as a player, I’m told. It did not work.

According to the Seattle Times, Pete Carroll hasn’t required the veterans to stay in a hotel with the other guys like Siverand. Sounds like Kemah could’ve used one around him to stop the rookie from making a bad decision.

Carroll feels comfortable enough with what the team is doing that veterans are continuing to be allowed to go home at night instead of staying in a hotel, another difference of this camp. He’s confident those players will show the needed discipline when away from the team.

God puts things in your reach, not in your hands… 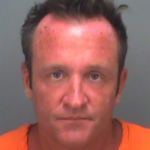 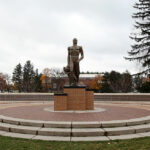