Are you planning on crushing Tito’s and Minute Maid Berry Punch this holiday season? Be on the lookout for washers and bolts in your mugs and tumblers. Coca-Cola announced a recall on Minute Maid drinks after learning there was a “potential presence of foreign matter” which turned out to be metal bolts and washers, according to Food Safety News.

“We took this voluntary action because nothing is more important to us than providing safe, high-quality products to the people who drink our beverages,”  a Coca-Cola spokesperson said in a statement.

Let this be a fair warning to those who think their buddy Bob is faking it when he’s choking after Brad’s stiff pour on a Minute Maid Hard Lemonade. Bob could have a bolt lodged in his throat. This isn’t some sort of sick joke where Bob’s pretending Brad went light on the lemonade.

He’s really choking on a bolt, you fools.

You need to be on high alert out there this holiday season when you see Minute Maid mixers on the bar at the neighbor’s house. Do you have a metal detector sitting around? You might want to carry it with you to all the parties and run it over top of your drinks after dipping a red Solo cup into a barrel of Hairy Buffalo.

One minute you’re Brad, thinking everything is great, the party is poppin’, and the next minute you’re Bob choking to death as a bolt is lodged in your throat and your friends think you’re faking it.

You’ve been warned. Stay vigilant out there. 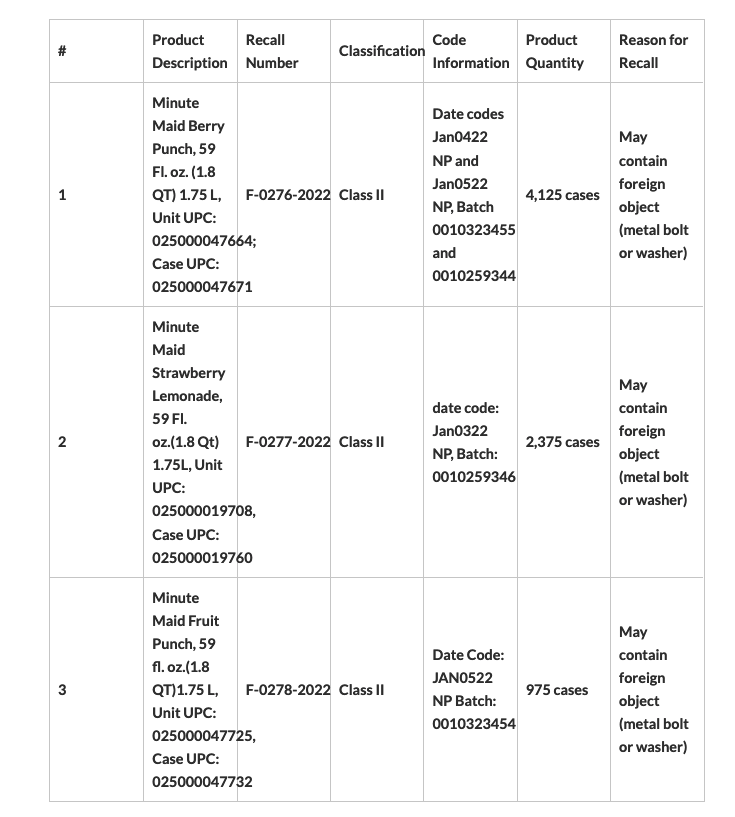