In Argentina, scientists found a fossil from a creature they have deemed the “Dragon of Death.”

CNN obtained photos of what researchers believe the creature once looked like: 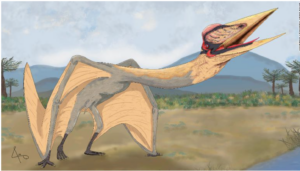 Scientists also say this thing flew in the sky. But unfortunately, no one was able to ride it.

According to research author Leonardo D. Ortiz David, the ancient reptile lived in the Upper Cretaceous period 86 million years ago alongside dinosaurs that were unable to ride dragons.

If you are not yet in shock, know that this pterosaur was not the only of its kind. In 2012, Researchers found fossils of two other “Dragons of Death” in southern Mendoza.

So there were at least three of them. Sound familiar?

“[These] flying reptiles belong to the family of pterosaurs called Azhdarchidae, and featured oversize heads, elongated necks and short bodies. The two specimens’ wingspans were about 23 and 29.5 feet (7 and 9 meters), respectively,” David adds.

A life-size model of one of the pterosaurs is on display at the Laboratory and Museum of Dinosaurs in Mendoza. However, the museum does not allow the public to view the specimen because it’s rare and valuable. 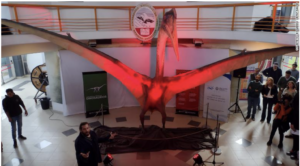 Despite hours of deep research, I’ve been unable to confirm or deny if the “Dragons of Death” were able to breathe fire.

If you are able to find out, please, contact me immediately. It’s important.

A real-life Drogon did exist. Sort of.