A scholarship is being created to pay tribute to the late Rush Limbaugh. The Marine Corps-Law Enforcement Foundation is giving back after Limbaugh so generously gave to the foundation over the years.

TMZ reports that the foundation regularly gives $35,000 scholarships to children who have lost a parent serving in the Marines or a federal law enforcement agency.

The site is reporting that the scholarship will be given to between 12 and 20 families of children who have lost loved ones, and each family will receive $35,000.

Ed Boran (President) and Sue Boulhosa (Executive Director) for the Marine Corps-Law Enforcement Foundation said late Wednesday that the plan is for the scholarship to go on for years, and that families receiving the scholarship will be notified in a condolence letter that Limbaugh was the donor.

The title of the scholarship will be the “Rush Limbaugh Memorial Giant of Philanthropy Scholarship.”

TMZ states that Limbaugh gave around $3.5 million to the foundation over the years, and he regularly encouraged his radio listeners to donate as well.

After Limbaugh’s passing due to lung cancer, President Trump released a statement on social media sending his condolences to the family. 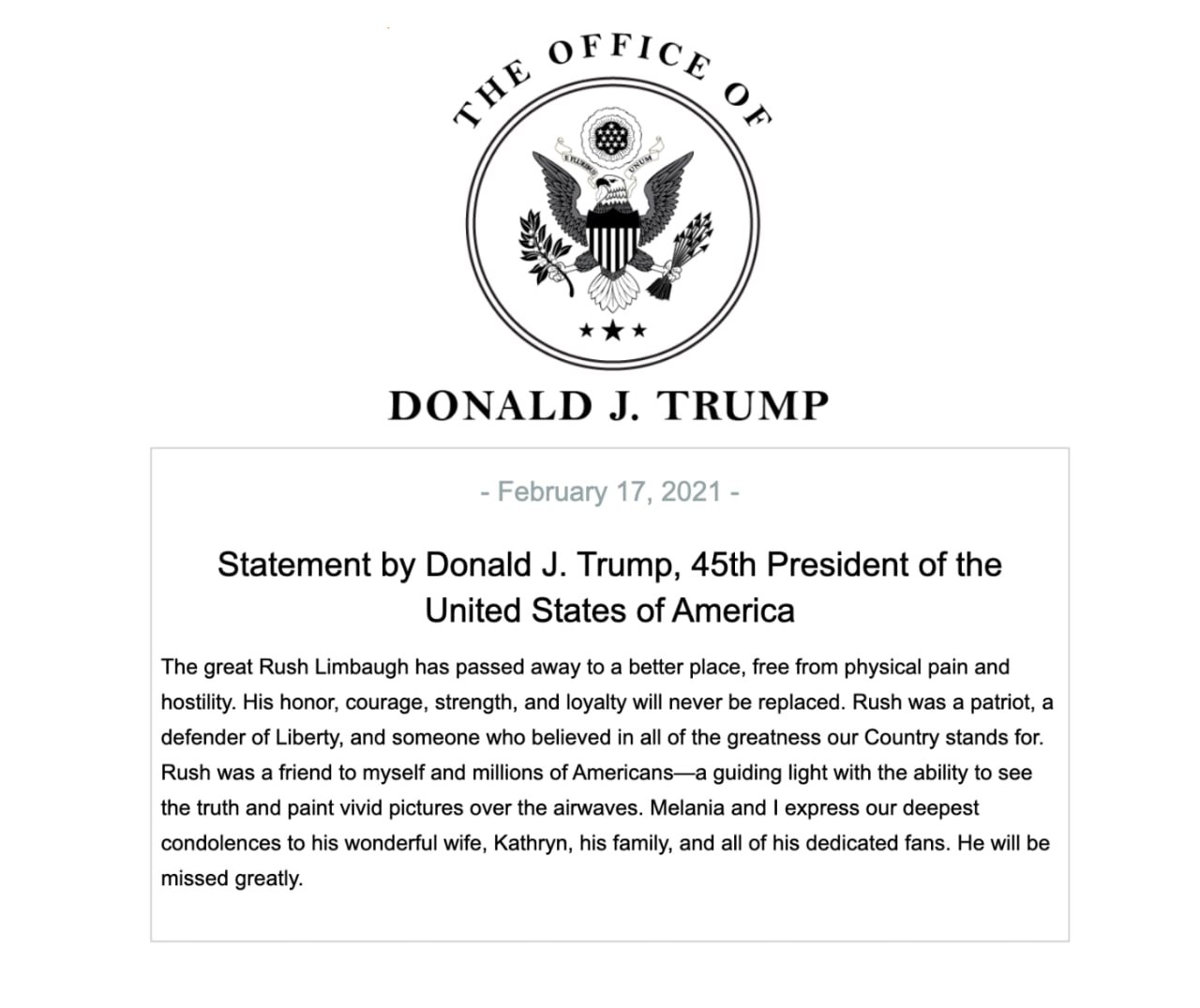 While in office, Trump awarded Limbaugh the Presidential Medal of Freedom, the nation’s highest civilian honor.