WWE superstar Sasha Banks has fallen victim to the liberal-fueled crime wave that’s swept through California over the last two plus years.

Banks, whose real name is Mercedes Varnado, was in Oakland, Calif., when someone decided to treat her Toyota like a multi-time WrestleMania veteran would a green opponent. Rather than a belt, the criminal walked away with hair products and shreds of broken glass.

“Five minutes in Oakland, just five minutes,” Banks said via her Instagram while standing in front of her shattered back window. “Ugghh!” 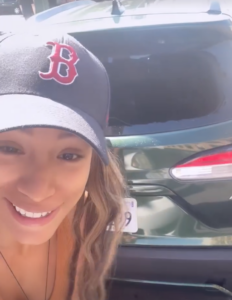 Welcome to California, Sasha. If you didn’t already realize it, the only thing more consistent than the weather is the crime!

No one was injured in the incident. 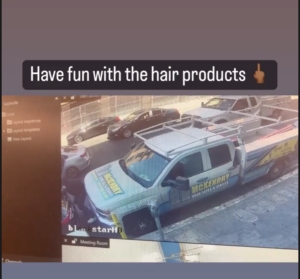 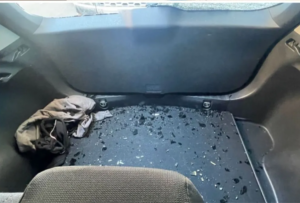 A video shared by Banks to her IG story shows security footage of the hooded scumbag hoping out of a waiting car to bust the window, snag what they could, then flee the scene. We only wish Banks was nearby to deploy her “Bank Statement” finisher to the coward.

The 30-year-old Banks was in California along with her former WWE tag team partner Naomi (Trinity Fatu) for Monday’s premiere of the Marvel Studios production: “She-Hulk: Attorney at Law.”

Both Banks and Namoi are in limbo with WWE. The tag team walked out of a live tapping of WWE’s signature show – “Monday Night Raw” – in late May after they reportedly felt disrespected by the company and its creative team.

The duo was suspended less than 24 hours later and the WWE has made no official statement as to its status on the company’s roster. Neither Banks or Naomi has been featured at a WWE event since.

Under normal circumstances, anyone with information regarding the car break-in would be advised to contact California police. Then again, this is California, where the penalty for crime is about as real as a WWE match.