The San Francisco 49ers and Stanford Cardinal have to find another location to hold practice and play their games after Santa Clara county, where their facilities are located, banned contact sports through December 21st.

So what do they do now? Mark Maske of the Washington Post says that the 49ers will try to get local authorities to make an exception for them first, but that they have a contingency plan:

49ers first will try to work with Santa Clara County. If nothing can be worked out there, they will implement an in-place contingency plan to practice and play home games elsewhere, source says. Remaining home games: Dec. 7 vs. Bills, Dec. 13 vs. Washington, Jan. 3 vs. Seahawks.

Matt Maiocco, who covers the 49ers for NBC Sports in the Bay Area, says his “best guess” is that the 49ers relocate to Texas or Arizona.

Everyone has to be flexible during the pandemic but imagine if you are a 49ers player with a family and you just have to pick up and relocate to a hotel in another state for a month. At least this doesn’t impact an NFL playoff race.

And as for Stanford, what can they do? You can’t pick up and move a college team nearly as easily as you can a professional team. Maybe they could find a neighboring county in California that is more hospitable, as they did during training camp. It will be fascinating to see what happens with this in the coming days. 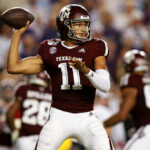 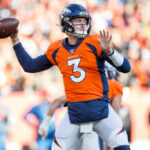