There was a moment today that is the type of sequence that breaks bad teams en route to a loss. Trailing 26-14, Ole Miss executed a fake punt on a direct snap to linebacker MoMo Sanogo, who proceeded to scamper for 47 yards to the Arkansas 26. Three plays later, Jerrion Ealy punched it in for Ole Miss. 26-21, 5:30 remaining.

Then Ole Miss forced a punt, and got the ball back with 3:46 left to play, but their quarterback Tim Corral quickly threw a pick-six and Arkansas was safe.

2-2 may not seem like an extraordinary record, but consider that Arkansas hung with Georgia — the third best team in the country — into the second half, and also hung in the game on the road against 15th-ranked Auburn (who will drop a bit after losing at South Carolina today).

Also consider that Arkansas was 2-10 each of the last two seasons, winless in the SEC in both of them. The Razorbacks won just one SEC game the year before that, in 2017.

Go and look at Sam Pittman’s Wikipedia page if you want to be inspired. He turns 59 years old in November, and he’s been working his way up the coaching ladder — without ever before getting a head coaching job in Division 1 — since 1984.

It would be an overreaction to say that Arkansas is on the level of Georgia or Alabama or anything like that, but they’re not the dregs anymore. That’s a major step. 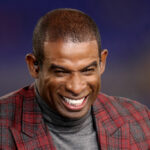 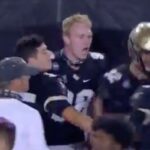