ESPN anchor Sage Steele’s crime against blackness is her practice of Christianity. It’s the same felonious offense that has actor Terry Crews at odds with Twitter’s black culture overseers.

Steele is biracial and, as the host of the 6 p.m. SportsCenter, is one of ESPN’s highest profile black broadcasters alongside Stephen A. Smith and Michael Wilbon. Eaves and Duncan are the light-bright-almost-white heirs to the woke throne Jemele Hill and Michael Smith vacated. If the Journal report is true, Eaves and Duncan are using the George Floyd tragedy to diminish Steele, who replaced Hill on the 6 p.m. SportsCenter.

The daughter of a black Army colonel, Steele has consistently questioned the appropriateness of athletes kneeling during the national anthem. So far, Steele has courageously refused to go along with the corporate-mandated Black Lives Matter propaganda that white racism controls the destiny of black Americans.

Steele, a Christian, believes God and her own behavior control her destiny. She does not reject the existence of anti-black racism. Here’s what she said in a statement to the WSJ:

“I found it sad for all of us that any human being should be allowed to define someone’s ‘Blackness.’ Growing up biracial in America with a black father and white mother, I have felt the inequities that many, if not all Black and biracial people have felt — being called a monkey, the ‘n’ word, having ape sounds made as I walked by — words and actions that all of us know sting forever. Most importantly, trying to define who is and isn’t Black enough goes against everything we are fighting for in this country, and only creates more of a divide.”

Steele’s statement misdiagnoses the divide in the black community. The divide is between believers and non-believers, between those who practice the faith they profess and those who are content with worshipping God. There’s an enormous disconnect between the worship of God and the practice of the principles taught in the Holy Bible, Holy Quran and Torah.

Worship is easy and fun. Practice is difficult and rewarding.

The white Marxists financing and supporting the Black Lives Matter movement have recruited black worshippers to join forces with non-believers of all races in the reshaping of America.

Inside the court of social media, Black Lives Matter and its appointed racial gatekeepers declared the practice of and adherence to the values taught in Christianity as crimes against blackness. It’s a clever political strategy that provokes the abandonment of religious principles that inhibit sexual freedom and the disruption of the nuclear family.

The next two paragraphs are cut and pasted from the Black Lives Matter website under what the organization believes:

“We disrupt the Western-prescribed nuclear family structure requirement by supporting each other as extended families and “villages” that collectively care for one another, especially our children, to the degree that mothers, parents, and children are comfortable.

“We foster a queer-affirming network. When we gather, we do so with the intention of freeing ourselves from the tight grip of heteronormative thinking, or rather, the belief that all in the world are heterosexual (unless s/he or they disclose otherwise).”

BLM is not hiding its agenda. Celebrities and religious worshippers are hiding theirs. Their support of BLM isn’t rebellious, righteous or pro-black. Their support is a grab for money and power. They sold out because Twitter and media executives reward their compliance and willingness to criminalize BLM conscientious objectors.

Terry Crews committed felony assault when he cited his faith as reason for concern that Black Lives Matter might turn into Black Lives Better. Crews is a habitual criminal. He’d previously been convicted of felony arson when he stated children raised without fathers would be emotionally “malnourished.”

Steele also is a multiple felon. When interpreting the sports world, she eschews race as her primary lens and instead prioritizes her Christian faith and American patriotism. Her worldview is unique from her black peers who primarily concern themselves with the reaction of Twitter.

A practicing Christian would never embrace a narrative that white supremacy controls black destiny. Bigotry and unfairness are impediments, sins no more harmful than lust, gluttony and adultery.

“What then shall we say in response to these things? If God is for us, who can be against us?” — Romans 8:31

For a black media personality, acting on a Christian worldview is a crime punishable by estrangement from your black peers. The journey of a practicing Christian should be lonely.

The applause, corporate-backing and popularity raining on the woke expose the fraudulence of their actions.

If you want Jason Whitlock for your radio show or podcast, contact gary@outkick.com. 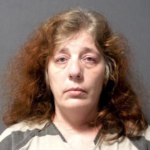 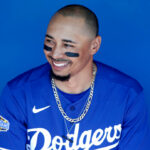