Even though you don’t see a direct threat in the wording of this letter, it’s there simmering beneath the surface. It’s not a coincidence that it came the day after Ohio’s attorney general said that Ohio State could sue the Big Ten if football season is not reinstated. Ohio State’s quarterback Justin Fields, a Heisman candidate and a presumptive top few NFL Draft pick, has been the biggest player proponent in the conference for returning to play.

There are still obstacles to overcome, as Michigan president Dr. Mark Schlissel has been said to be a roadblock to the swift resumption of play, but even amidst that there is optimism for the Big Ten to return to play football in October. 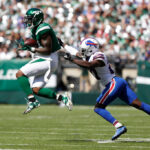 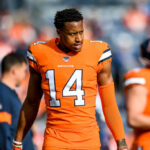