I need you to sit down while you’re reading this because you’ll be blown away. It appears coronabro epidemiologist Eric Feigl-Ding, who went from a nobody to a Twitter hero to the coronabro community, just might be a ‘Rules for thee, not for me’ offender after social media investigators dug into his wife’s tweets.

Investigators believe the Feigl-Ding family, which also includes Dr. Andrea Feigl, a Harvard-trained health economist, moved to Austria so their son could go to school. How do we know this? Andrea, who sure looks like Marisa Tomei, left tweets behind in her Twitter cache before she deleted her account this week. 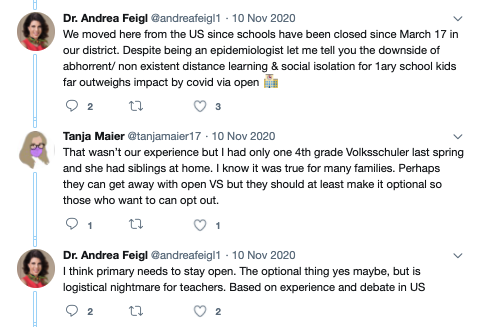 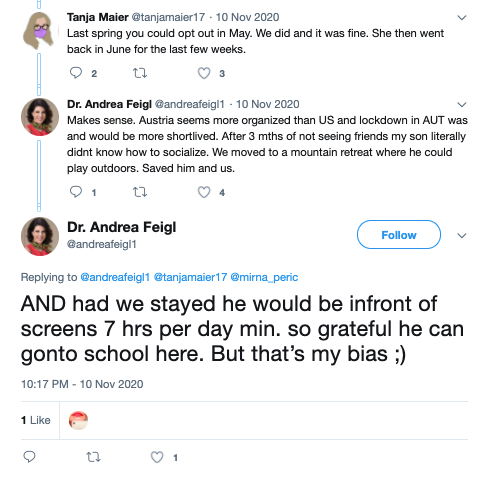 Now, it’s entirely possible that Dr. Andrea put her foot down on Eric’s neck and told him how things were going to be with their son and his schooling while her husband was off tweeting about how schools can’t open during the ‘VID. As you guys know, it’s not out of the ordinary for husbands and wives to disagree, but ultimately the wife is declared the winner because it’s not worth extending the battle.

Eric might’ve said screw it, I’ll move and let her win this war, but I’m not done being a coronabro. He was gaining a massive social media following, the usual TV stations were having him on as a guest and that gravy train continued while Dr. Andrea sent their son off to school to get him away from seven hours of screen time.

This could be a George and Kellyanne Conway-type relationship. It’s going to take further research to see if Dr. Andrea is a fraud. She seems convinced that schools need to be open while her husband rails continuously about the ‘VID and schools nearly every single day. It’s clearly his thing.

Our children can’t come back to school until we end the pandemic.

By neglecting the #COVID19 crisis, we’re killing our elders and destroying the future of the next generation.

Let’s rise to this moment and solve this together.

Now, one more thing on Eric. He sure didn’t tweet much about Austria after moving there. You’d think he’d mention something about living in beautiful Austria at the family’s mountain retreat, as his wife calls it. A search of his Twitter account from the pre-‘VID days until the fall of 2020 shows that Eric just doesn’t have anything to say about where he now lives. Is that odd? Yep.

It’s my basic midwestern opinion that Eric wants to make it appear he’s right here in the fight in the United States. His Twitter bio says he’s based in D.C. and Virginia. It feels like Eric wants to make it seem like he didn’t run away so his kid could go to school. That sure would ruin his narrative, right?

Let’s be honest, it might be time for Dr. Andrea to cut this loser loose and for her to go out and live her life. Slide into the DMs…if she ever reactivates that account of hers.

I taught my son about risks of Teflon, and watched @DarkWatersMovie.

Today my son discovered a Teflon bake pan in kitchen. He demanded answers.

“I’m relieved. (No in utero poisoning)”