Sacha Baron Cohen has been out and about doing Sacha Baron Cohen things over the last few weeks. In late June, he infiltrated a rightwing militia rally in Washington. And, on Wednesday, he wound up getting the cops called on him by Rudy Giuliani in New York City.

Cohen’s team had arranged an interview that Giuliani believed was a serious sit-down about President Trump’s response to coronavirus; Giuliani, the former mayor of New York City, is a personal attorney for Trump. A woman was asking Giuliani some perfunctory questions when they were suddenly interrupted.

“This guy comes running in, wearing a crazy, what I would say was a pink transgender outfit,” Giuliani told Page Six. “It was a pink bikini, with lace, underneath a translucent mesh top, it looked absurd. He had the beard, bare legs, and wasn’t what I would call distractingly attractive … This person comes in yelling and screaming, and I thought this must be a scam or a shake-down.”

The former New York City mayor called the cops, and Cohen fled. As Giuliani tells it, he did realize at that moment that the interview was a scam but didn’t reflexively recognize that it was the comedian. Page Six had sources who apparently saw Cohen fleeing down the Upper East Side wearing just a bathrobe. He was not arrested by the NYPD. Giuliani, apparently a fan of the Borat movie, eventually realized he’d been pranked by Cohen.

From this description, it doesn’t seem like the typical Cohen prank where he uses guile and disguise to trick people into saying things that make them look awful. It more seems like the whole prank was to see what Giuliani’s reaction would be to the shocking moment of being interrupted by a hairy man in a pink bikini.

To which I say: Hopefully this video comes out soon. 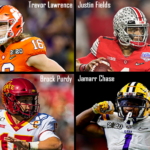 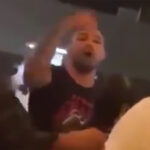