Jones is 51. Tyson is 54. There’s a chance they could look like a couple of Rock ‘Em Sock ‘Em Robots, methodically throwing punches while spending an equal amount of time trying to catch their breath.

Jones doesn’t seem to think that will be the case though. Not against Tyson.

“I got more excited because it’s Mike Tyson,” Jones told Joe Rogan on the Joe Rogan Podcast. ““You never know what you’re going to get in [the ring]. You never know if you have to protect your ears, chin jaw.”

Jones fought in four weight classes during his prime years, from about 1990-2007. He won the WBA heavyweight title in 2003. Iron Mike was strictly a heavyweight. Both are considered among the greatest ever. Tyson was often called “The Baddest Man on The Planet.”

Now, both Jones and Tyson are just two of the oldest guys still boxing on the planet. Jones indicated that doesn’t matter. He assumes Tyson will take this fight seriously and says he had better do the same.

“Whatever you do, you’ve got to get prepared for whatever version of Mike Tyson shows up,” Jones said. 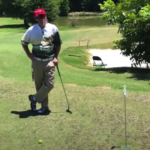 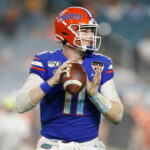