For most of our football-watching lives, we have just accepted the assumption that quarterbacks simply cannot jump straight from college to the NFL and make an immediate impact. That norm has been shattered over the past decade, so much so that a Super Bowl appearance with a rookie QB is a realistic goal. We’re also seeing the same phenomenon with wide receivers, who used to spend years getting up to speed on the complexities of the playbook but who can now come into the league and dominate right away.

Here are some highlights from Jefferson from the Vikings’ win over the Texans on Sunday afternoon:

The Cowboys fell to the Browns on Sunday, but CeeDee Lamb caught two touchdowns:

Jerry Jeudy, who played at Alabama and now is on the Broncos, is also making a difference. He’s caught 15 balls for 234 yards (30th in the league) and 1 touchdown.

Part of this is attributable to these individuals being special talents, but there’s also got to be a component that, as with quarterbacks, NFL coaches have recently become more adaptive to running offenses that are executed at the college level. 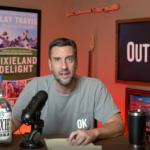 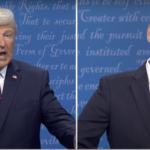