After 14-plus months of COVID news dominating the European news cycle, France and Belgium were rocked this week by news that a Belgian farmer increased the landmass of his country by seven feet. That might not sound like much, but this is a very serious situation, according to the experts on the ground who say border markers — weighing between 300 and 600 pounds — go back to an 1820 treaty and you can’t just go changing the size of countries because you want more land to farm.

It turns out a group of Frenchmen tasked with walking the border to keep an eye on the rocks (sounds like a reason to go on a walk and drink) discovered a rock that was out of place and BOOM…international incident and headlines around the world.

“All the markers are typically placed in a very precise manner, but this one was raised up on higher ground. It just looked strange,” one of the border rock experts told news outlets. 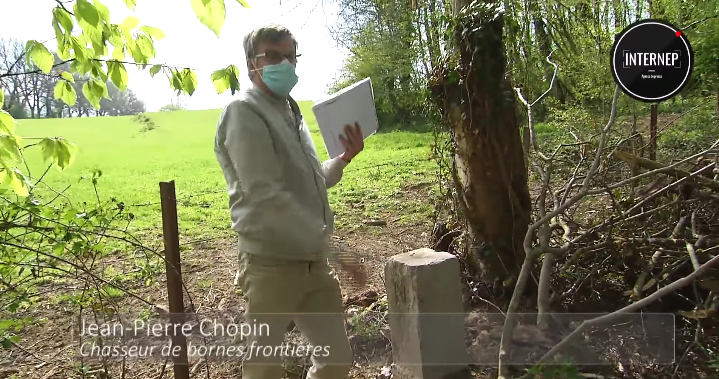 The great news here is that officials in both countries are laughing this off and don’t plan to blast rockets across the border at each other. “We should however be able to avoid a new border war,” a French official said.

The really cool thing about this story is that farmers have the ability to just go out on their land and start causing international incidents. That has to be invigorating. You have a couple of IPAs with the boys, things start getting rowdy and someone suggests going out and changing the border. That’s a whole new ballgame compared to holding your hand on a dartboard and letting your buddy throw.

You and the boys start high-fiving each other, take IG Story photos, Snaps for the text exchange group, etc. This would actually be a fun tourist activity. You pay like $99 to move the France/Belgium border, get your content and then the farmer moves the border back to its 1819 position and the next person steps on up. Yep, another $99. Rinse and repeat.

Business 101. Think about it, France and Belgium.